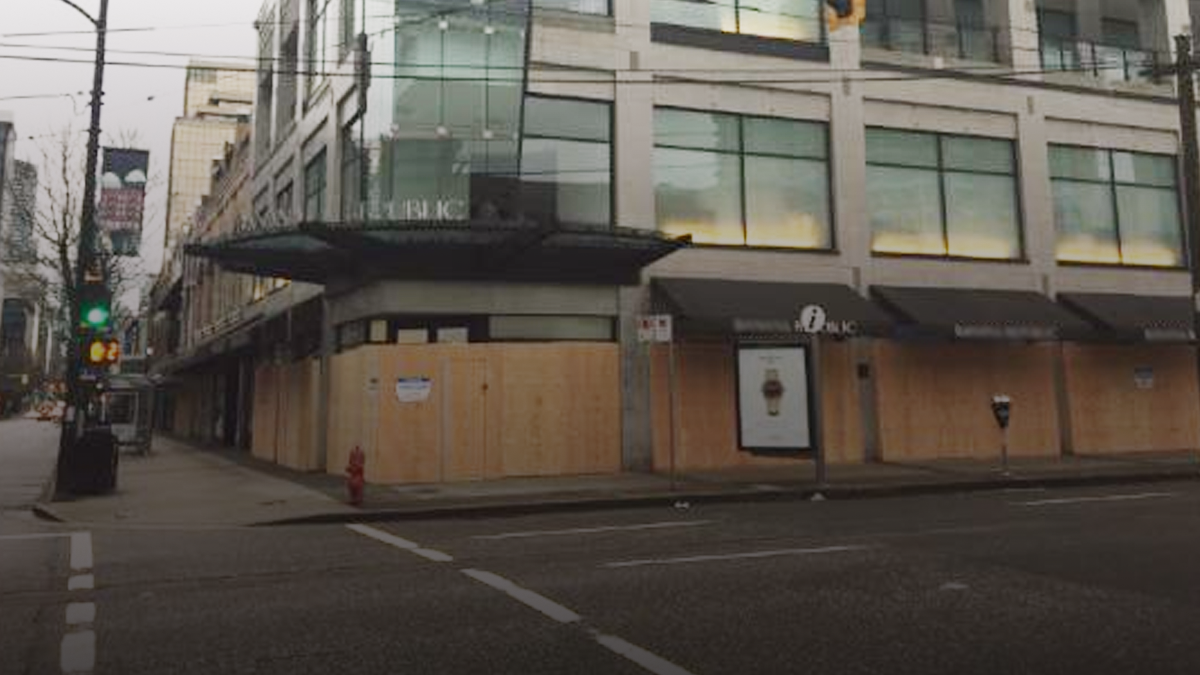 Some downtown Vancouver businesses have boarded up their storefronts over fears of violence and looting at a planned anti-racism march on Friday.

Protesters will gather at Jack Poole Plaza on Friday at 4 p.m. for a demonstration inspired by ongoing protests in the US, some of which have broken out into riots.

The unrest has entered its second week after Minnesota’s George Floyd was killed during an arrest by police.

According to CBC, Nordstrom has boarded up several North American locations including a downtown Vancouver store.

“Out of an abundance of caution, some of our storefronts are being boarded,” a spokesperson told CBC News.

“We’re paying close attention to potential gatherings that may take place in cities across Canada and the U.S. this week.”

Other stores were spotted with boarded windows, including a Champs Sports as well as a Best Buy on Cambie St.

In BC, gatherings of over 50 people are officially forbidden by the province’s provincial health officer. However, according to Premier John Horgan, the ban doesn’t apply to protests.

“It’s not a scheduled event as a wedding would be or as a drive-in theatre would be or any other areas where public health orders are in place,” Horgan said.

“Free association and the ability to speak about issues that matter in the public square is a fundamental right.”

Last weekend, a protest in Montreal broke out into violence and looting after Antifa clashed with local police. According to an exclusive True North report, a Montreal Antifa website has called for further violence against police and justified looting as “legitimate.”