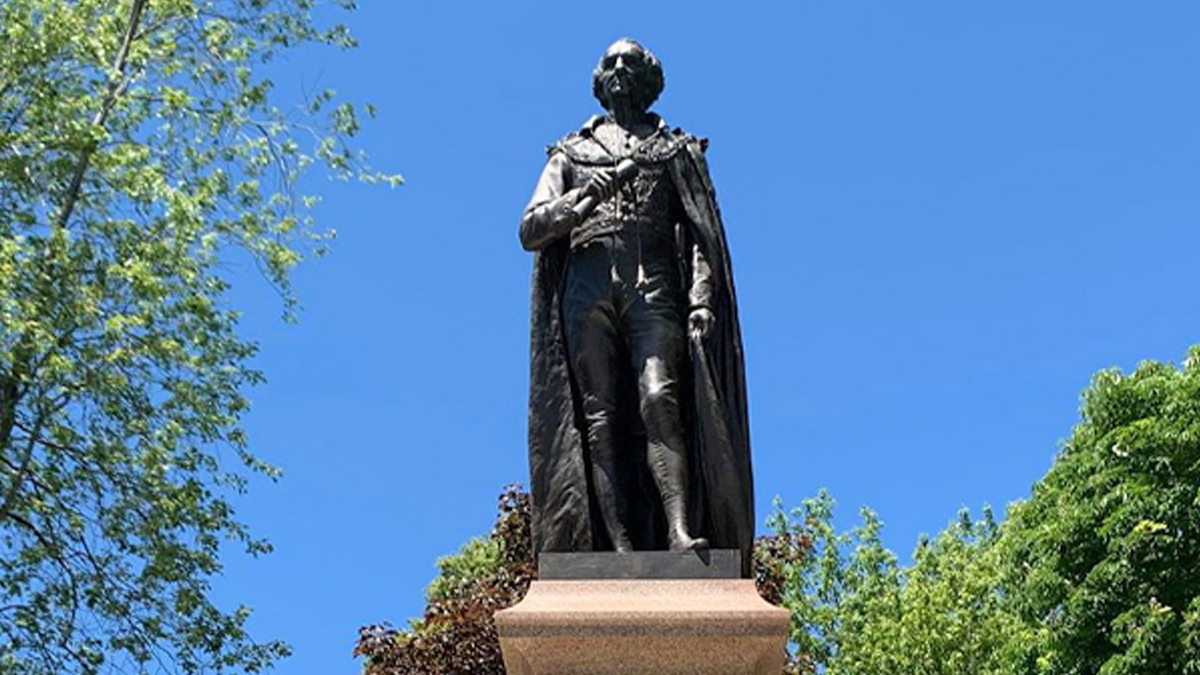 Kingston Mayor Bryan Paterson stated that he has no plans for the city to remove the historical statue of Sir John A. Macdonald from the city’s park.

Left-wing activists in the city protested over the weekend demanding that the statue of Canada’s first prime minister be removed.

During the demonstration, people defaced the statue by throwing eggs at it and then marched to City Hall to burn an effigy of Macdonald.

“I certainly do not condone vandalism,” Paterson told the Whig-Standard.

“I don’t think it’s helpful. I don’t think it’s constructive. We’ve been working really hard as a city to try to bring people together on this issue, understanding that it’s complex, and there are different viewpoints.”

Instead of completely removing the statue, Paterson has suggested that the city would elaborate on the more troubling aspects of Macdonald’s history as a Father of Confederation.

“I’m very supportive of what I’ve heard from the community, that there’s a better way here, and that’s to add to history and not take away from it,” said Paterson.

“We need to clearly talk about both the good and the bad of Macdonald’s legacy, and be clear in that, so we can make Kingston a true museum without walls.”

Kingston is among several cities in which left-wing activists have called for historical monuments to be removed or for placenames to be changed citing racism and a colonial past.

In Montreal, another statue of Macdonald has been the target of frequent vandalism and a recent petition is calling on the city’s Mayor Valérie Plante to remove the monument.