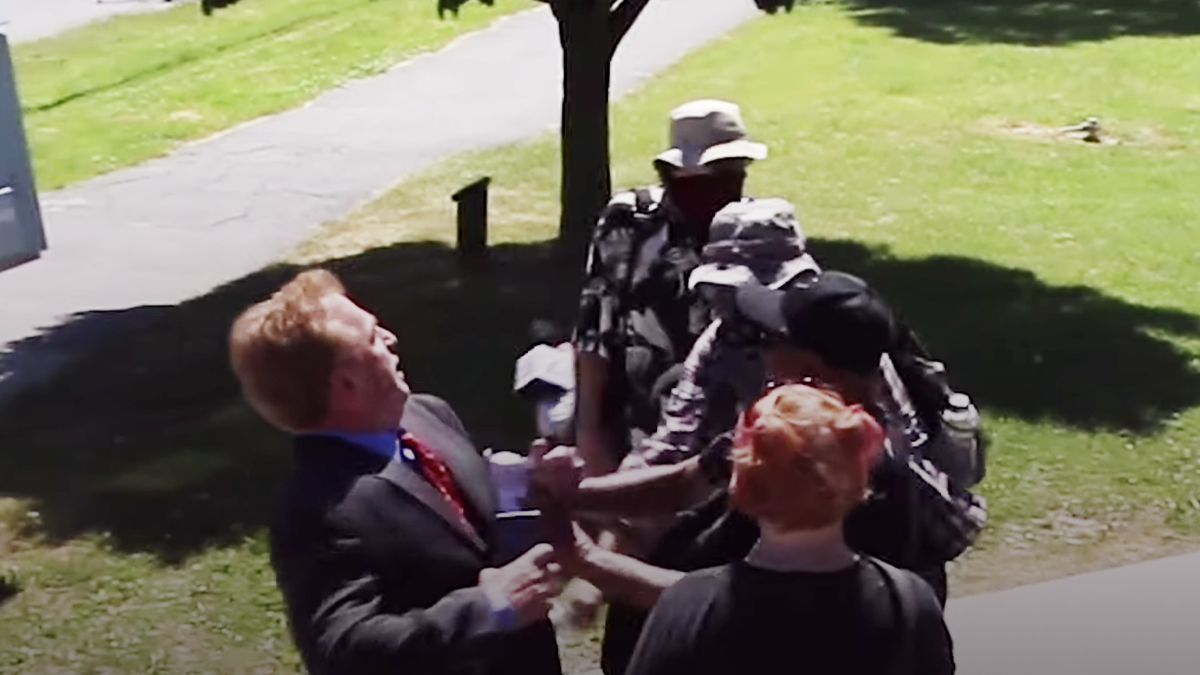 Protesters calling for the removal of a statue of Sir John A. Macdonald were videotaped attacking a reporter in Kingston, Ont. on Saturday.

In footage published by Rebel News, journalist David Menzies is seen being aggressively shoved and dodging projectiles thrown by a group of masked demonstrators.

Even though Menzies was reporting from a public space, the activists demanded he leave the area. When he didn’t, he was physically forced to leave by the mob.

According to Menzies, protesters attempted to sabotage and steal his crew’s camera equipment.

“When we didn’t initially leave on our own accord, we were forced to do so as the inexplicably angry mob engaged in physical violence while trying to vandalize and even steal our equipment,” wrote Menzies.

Earlier this week, Kingston Mayor Bryan Paterson announced he had no intention to remove the historical statue despite the demonstrations.

Protesters throughout Canada have been calling for historical monuments be removed and for placenames to be changed due to their perceived racist pasts.

“I certainly do not condone vandalism,” Paterson told the Whig-Standard.

“I don’t think it’s helpful. I don’t think it’s constructive. We’ve been working really hard as a city to try to bring people together on this issue, understanding that it’s complex, and there are different viewpoints.”

Instead of toppling the statue, Paterson plans on further educating the public on both the negative and positive sides of Macdonald’s life.

“I’m very supportive of what I’ve heard from the community, that there’s a better way here, and that’s to add to history and not take away from it,” said Paterson.

“We need to clearly talk about both the good and the bad of Macdonald’s legacy, and be clear in that, so we can make Kingston a true museum without walls.”

Several other cities have seen calls to have monuments removed. Black Lives Matter activists in Toronto have set their sights on a statue of Canadian Methodist minister and education advocate Egerton Ryerson.

A petition is requesting that Ryerson University topple the statue and take it away from campus grounds.