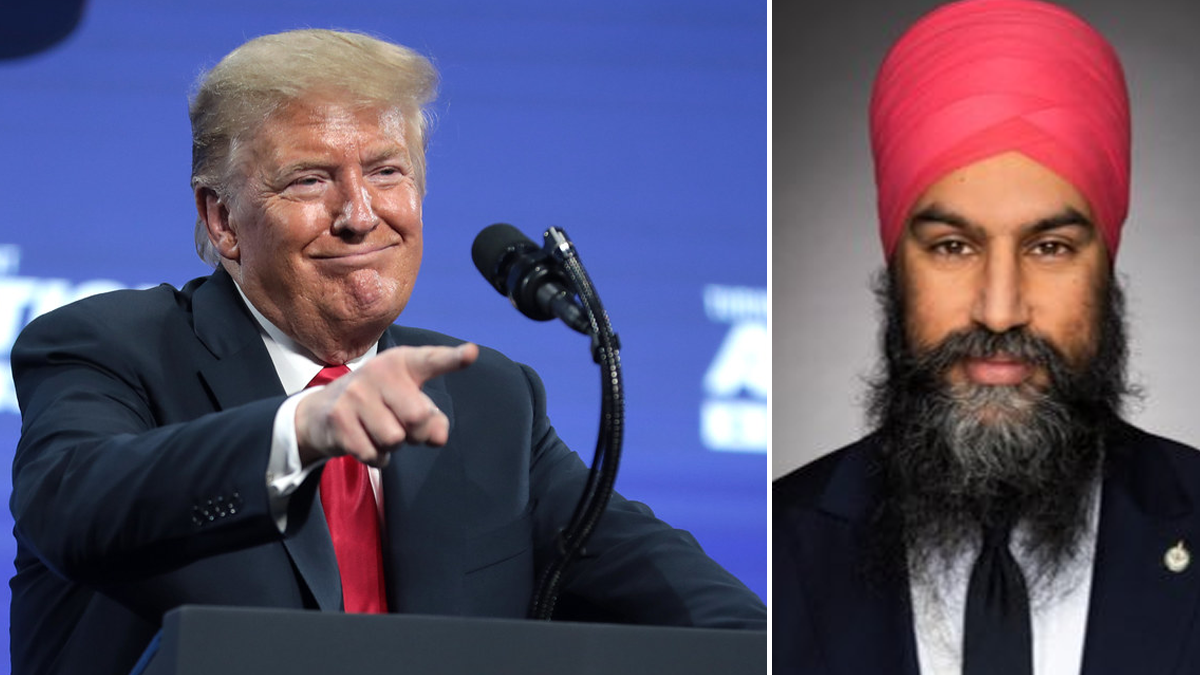 “The fact that President Trump, who has been horrible on this issue, who has said hateful things and I’ve called him out on that, has done more in terms of a concrete policy change than the prime minister of Canada who says that he is an ally, that to me is really troubling. He’s literally done nothing,” Singh said.

In June, Trump signed an executive order restricting the use of force by law enforcement after the death of George Floyd while being arrested by Minneapolis police.

Compared to Trump, Singh says Trudeau has done practically nothing.

“The most he has done is a vague reference to body cameras,” Singh said.

At the same press conference, Singh commented on the recent incident at Rideau Hall.

Last week an armed man entered the property of Rideau Hall, which contains the homes of the prime minister and governor general. After a two-hour standoff police managed to arrest CAF Reservist Cory Hurren.

Singh called the incident an example of systemic racism in law enforcement as Hurren, who is white, was arrested without incident.

“That contrast — someone showed up to potentially kill the prime minister of Canada, or with weapons at his residence, and that person was arrested without any violence and you had a person who in his own home was killed,” Singh said.

Singh’s claim goes directly against those of RCMP Deputy Commissioner Mark Duheme, who last week said that race was not a factor in the Rideau Hall incident.

“Our intervention, regardless of who the person is, is always based on the environment and the threat cues that are being posed,” he said.

While senior RCMP officials have been inconsistent on claims of systemic racism in the force, the RCMP Veterans’ Association has fought against recent racism allegations.