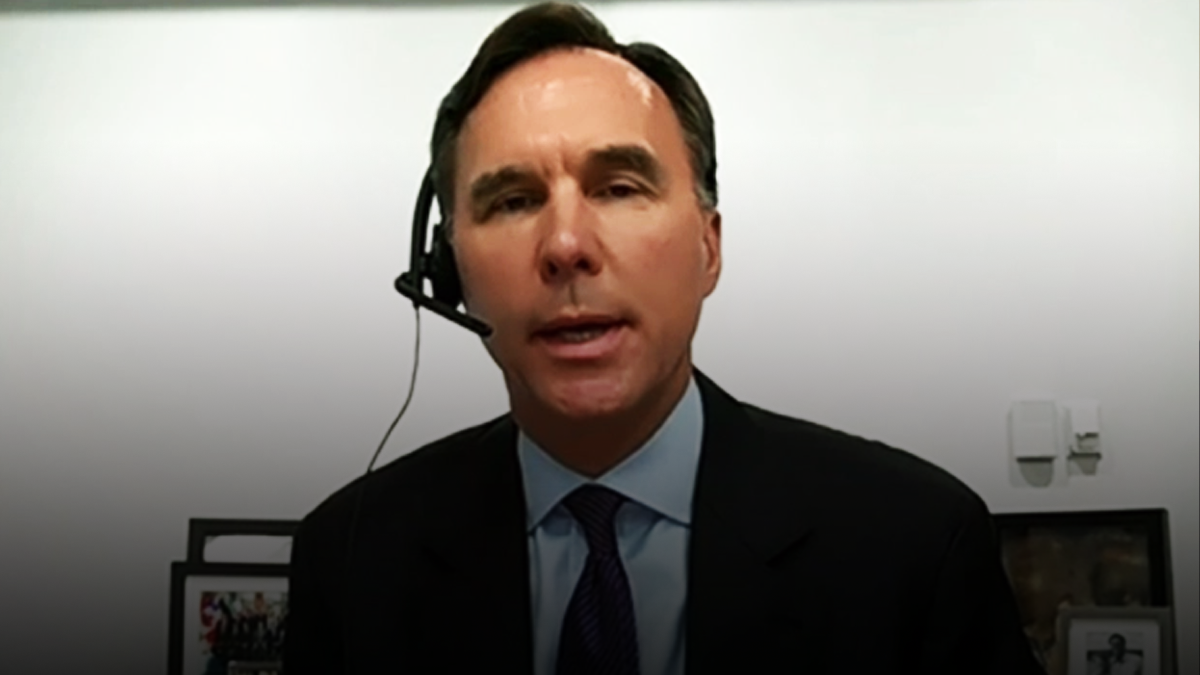 Several members of Trudeau’s cabinet have come out in support of Finance Minister Bill Morneau, claiming that they still have confidence in him.

After Morneau revealed he repaid over $41,000 to WE Charity related to two trips his family took with the organization in 2017, opposition parties called on the finance minister to resign. Morneau repaid the money the same day he testified at the Finance committee on Wednesday.

“Yes I have confidence in Minister Morneau and he’s a good colleague that is focused on service … on supporting Canadians,” said Minister of Small Business, Export Promotion and International Trade Mary Ng.

Environment Minister John Wilkinson also had kind words for Morneau, saying he looks forward to continuing to work with the finance minister and that he still has full confidence in him.

“He is a person of extraordinary capability… He has said that he feels that he perhaps should have recused himself from that conversation, but I would say that I do think that people are losing the narrative here a little bit. This program was actually about providing volunteer opportunities for young people,” Wilkinson said.

When CTV asked the Prime Minister’s Office if Prime Minister Trudeau will be turfing Morneau, PMO spokesperson Ann-Clara Vaillancourt said Morneau was “up front with the committee and transparent with Canadians,” and that he “is continuing to do this work that Canadians rely on.”

Unlike Trudeau’s ministers, opposition parties believe Morneau is unfit for his job.

During the committee hearing on Wednesday, Conservative Finance Critic Pierre Poilievre said Morneau “has lost the moral authority to hold his office.”

Alberta Conservative MP Michael Cooper also introduced a motion calling on the resignation of Morneau during the committee, to be voted on at a later date.

“It’s time that the minister of finance do the only thing that is left to do, and that is resign as minister,” said Cooper on Thursday.

In a letter to Ethics Commissioner, NDP MP Charlie Angus requested a second investigation into Morneau be launched.

The Ethics Commissioner is already investigating both Morneau and the Prime Minister over the government’s close ties with WE and its decision to choose WE to administer a $912 million program for students. Through the agreement, WE could have earned as much as $43 million and pay for hundreds of positions with its organization.

Morneau’s extensive ties to WE have been revealed in recent weeks. In addition to accepting family trips organized by the organization, two of Morneau’s daughters are connected to WE. Grace Acan Morneau is a contract employee for WE and Clare Morneau is a speaker and advocate for the organization.