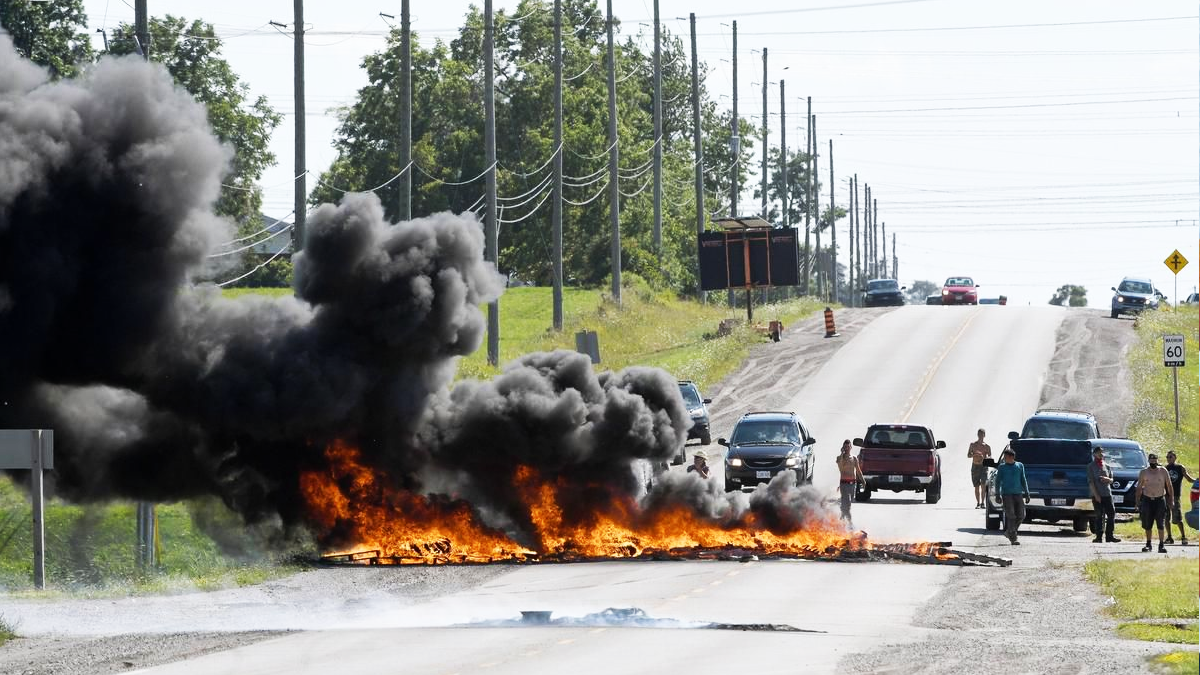 Several people have been arrested after Ontario Provincial Police broke up an illegal protest on a construction site.

On Wednesday, Police converged on the future site of a 219-lot housing development in Caledonia, Ont. to enforce an injunction ordered by a judge on July 31.

The protesters, who are calling themselves “land defenders” and claiming to be acting on behalf of the Six Nations of the Grand River, refused to leave.

Several police vehicles were attacked with fire and projectiles during the conflict. A number of people were taken into custody.

After the protesters were cleared from the site, they occupied a piece of Highway 6 as well as a rail line. At least one train was forced to reverse away from the blockade.

OPP said in a statement that they “engaged in significant collaborative and respectful dialogue aimed at bringing about a peaceful resolution while ensuring everyone’s safety and preserving their respective rights guaranteed by Canada’s Charter of Rights and Freedoms.”

While protesters claimed to be supporting the Six Nations of the Grand River and its ancestral claims to the area, the band had actually agreed to the project.

In 2016, the development company reached an agreement with the Six Nations of the Grand River which recognized their claims over the site. The company paid the band $352,000 and 42.3 acres of property in a different location.

Losani Homes, the developers of the site, say they had been given the full support of the band, and were surprised when protesters forced construction to stop on July 21.

“The project has proceeded for several years through a lengthy and exhaustive public process at the municipal level without complaint or objection and, accordingly, has received all requisite approvals to proceed,” a company representative said.

In February, protesters occupied two nearby parts of Highway 6 in Caledonia and Hagersville, with protesters claiming to have acted in solidarity with the Wet’suwet’en pipeline protesters.