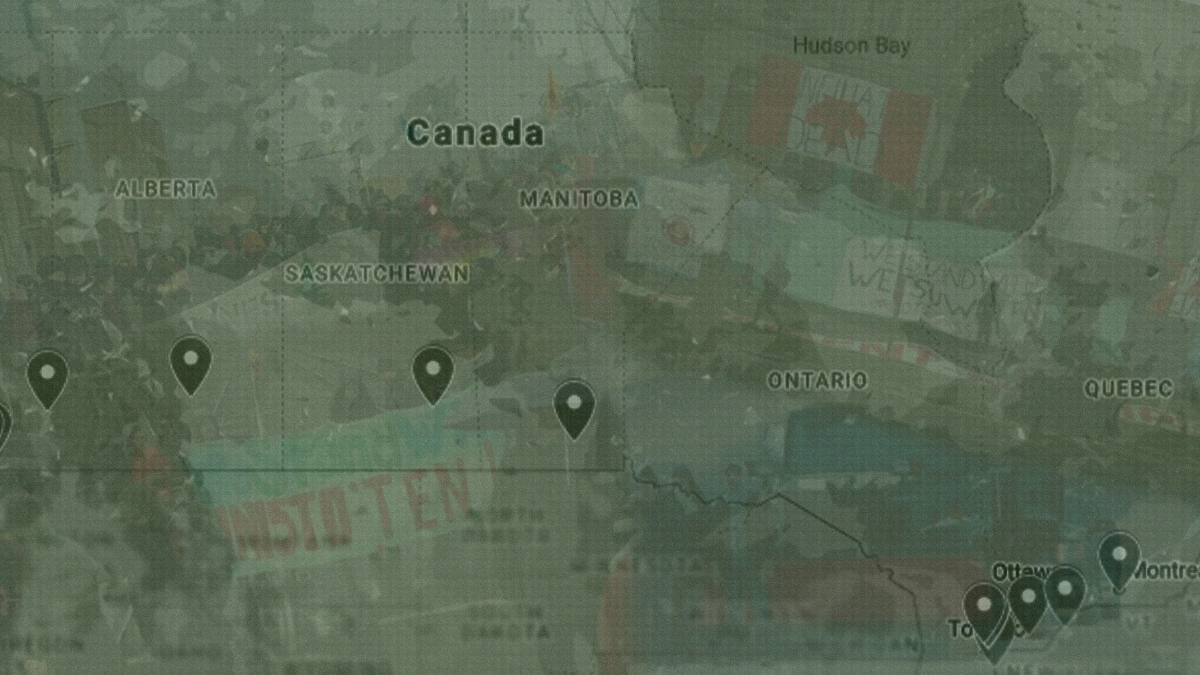 True North’s protest tracker is following the protests that continue to cause major disruptions across Canada.

Protests began when a small group of hereditary chiefs from the Wet’suwet’en First Nation began demonstrating against Coastal GasLink, an LNG pipeline running through what the chiefs say is traditional Wet’suwet’en territory.

All elected Wet’suwet’en leaders, as well as the majority of Wet’suwet’en hereditary chiefs, support the pipeline as it will bring jobs to their communities.

Protesters have been occupying the Coastal GasLink construction site since the beginning of 2020.

Starting in late January, protesters started demonstrating across Canada, claiming to be in solidarity with the Wet’suwet’en hereditary chiefs.

Blockades set up by protesters on railways have become extremely disruptive, effectively shutting down supply chains for many Canadian industries.

Via Rail cancelled all trains nationwide after rail blockades made operating impossible. These disruptions are ongoing. CN shut down its eastern Canada network.

As the situation develops, check out True North’s protest tracker to see where the latest disruptions are happening.