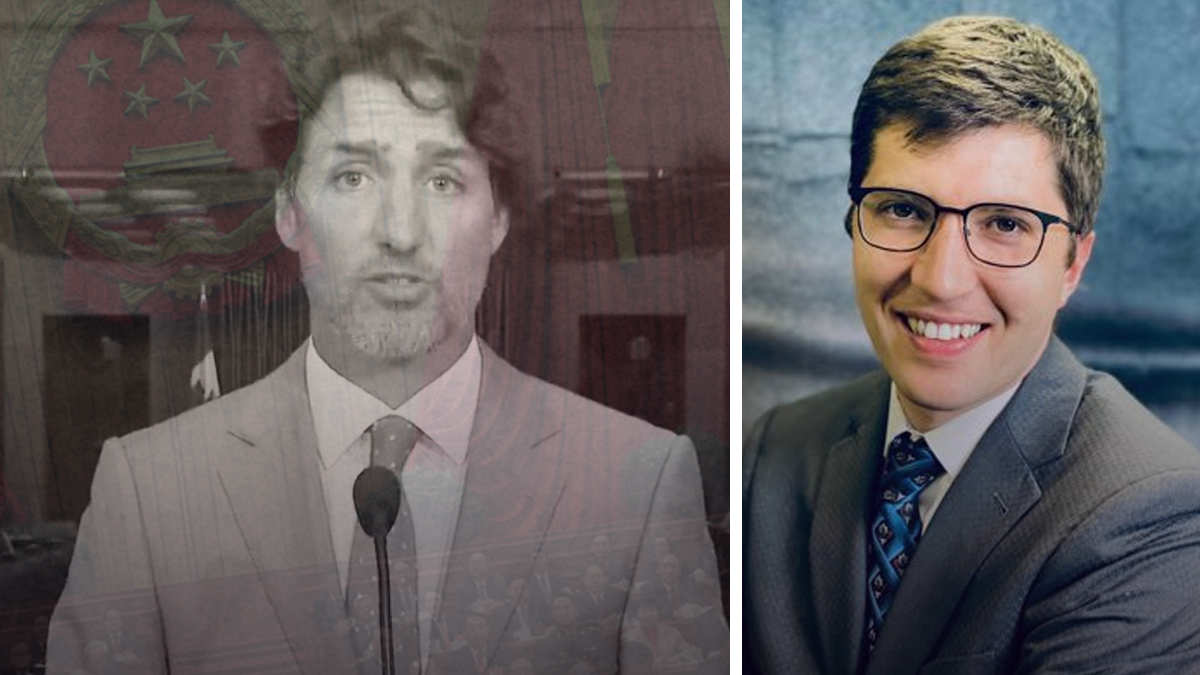 “It’s really frustrating that now that committee cannot meet because of the prorogation. That’s just one area where, in terms of shutting down the work of parliamentary committees, the prorogation also killed the Canada-China committee which cuts short the important work being done,” Genuis told True North.

“At the moment we’re looking at Hong Kong but there’s a broader range of issues in terms of the security threats and the human rights issues associated with the Canada-China relationship.”

On Tuesday, Trudeau announced that he would shut down parliament until September 23rd and pursue a confidence vote following a throne speech. The prime minister’s decision comes after the resignation of former Finance Minister Bill Morneau following their involvement in the WE Charity scandal.

Genuis recently launched a petition condemning the ongoing genocide of Uyghurs in mainland China being conducted by the Chinese Communist Party.

Referencing a recent report published by the Associated Press, Genius cites the fact that the Chinese communist regime has used forced sterilization and abortion to dramatically drop the birth rates of the Uyghur minority in East Turkistan.

“There is now a body of mounting evidence of large-scale efforts by the Chinese government to wipe out the Uyghur people. Such efforts include political and anti-religious indoctrination, arbitrary detention, the separation of children from their families, invasive surveillance, forced labor and even forced organ harvesting,” writes Genuis.

In his petition, Genius calls on the federal government to “formally recognize that Uyghurs in China have been and are being subject to genocide.”

He also goes on to ask that Canada “use the Justice for Victims of Corrupt Foreign Officials Act (‘Magnitsky Act’) and sanction those that are responsible for the heinous crimes being committed against the Uyghur people.”

According to Genuis, Canada should look to legislation currently on the table in the US like the Uyghur Forced Labour Prevention Act to prevent doing business with companies involved in exploiting Uyghur slave labour.

“We need to pass tough new legislation to ensure that we are not importing or buying products that have slave labour in them and also that Canadian entities are not invested in security companies that are facilitating this genocide,” said Genuis.

“The government has done nothing in this respect. The government is importing PPE from China with absolutely no safeguard to ensure there’s not slave labour involved in the production of that.”

In July, fellow Conservative MP and labour critic John Williamson called on Canada to launch an independent inquiry into Uyghurs being forced into labour in the Xinjiang region by Chinese authorities.

“Canadians expect their government to oppose forced labour, defend the rights of workers and principles of fair trade, and speak out against exploitative trade practices and cases of human slavery. This practice in Xinjiang certainly violates that,” said Williamson.

As exclusively reported by True North, Uyghur rights advocates have urged the Canadian government to reject Huawei’s bid to build Canada’s 5G network over its involvement in the oppression of the ethnic minority at home and abroad.

“Given the evidence that Huawei plays an integral part of the massive surveillance state in East Turkistan and the constant harassment the Uyghurs in Canada witness, this leaves us with legitimate concerns about Huawei’s 5G technology being used to target even more the Uyghurs in Canada,” Program & Advocacy Manager of the World Uyghur Congress, Zumretay Arking, told True North.