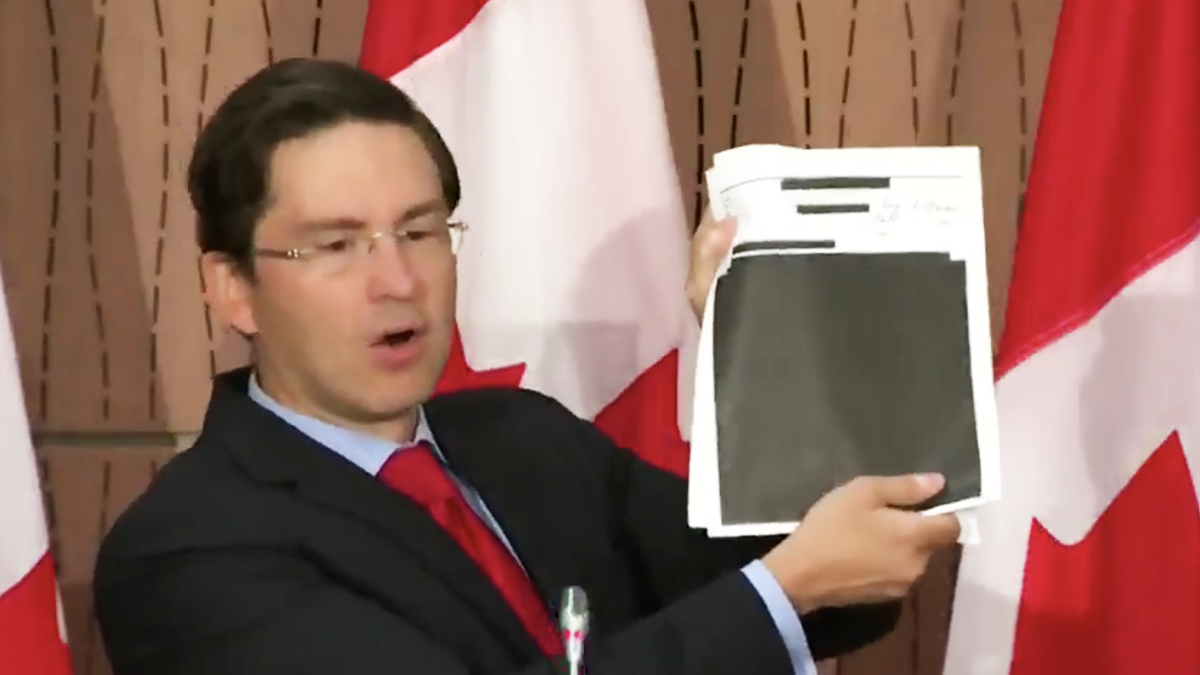 Conservative MP and finance critic Pierre Poilievre accused Prime Minister Justin Trudeau of engaging in a “cover-up” of the WE Charity scandal.

On Tuesday, Trudeau announced he would be releasing requested documents on WE Charity to the ethics committee shortly after he prorogued parliament.

During a press conference on Wednesday, Poilievre pointed out inconsistencies between the content of the documents and testimonies provided to the committee. Poilievre also slammed the Liberals for redacting crucial information from the disclosure.

The Conservatives have accused the prime minister of using prorogation as an excuse to avoid further scrutiny of his involvement in awarding WE Charity a $900 million student service grant contract.

Trudeau was implicated in the scandal, alongside former Finance Minister Bill Morneau, after reports of personal and financial ties between the two and WE emerged in July.

“This is a cover-up. The prime minister personally intervened to give half a billion-dollar grant to a group that had paid his family half a million dollars. He is covering it up by blacking it out, and shutting down our investigations,” said Poilievre.

According to disclosures, Trudeau’s mother Margaret Trudeau was paid $479,944 for various speaking engagements with the organization.

When pressed on the total amount of money the Trudeau family received from WE during a testimony by the prime minister earlier this month, Trudeau failed to provide a dollar value.

“My mother and my brother are professionals in their own right who have engagements and have for many, many years, with many different organizations across the country, and I don’t have the details of their work experiences or expenses,” Trudeau said.

Before his exit from the Liberal cabinet, Morneau apologized for accepting a family trip from WE and stated that he had reimbursed the charity $41,366.