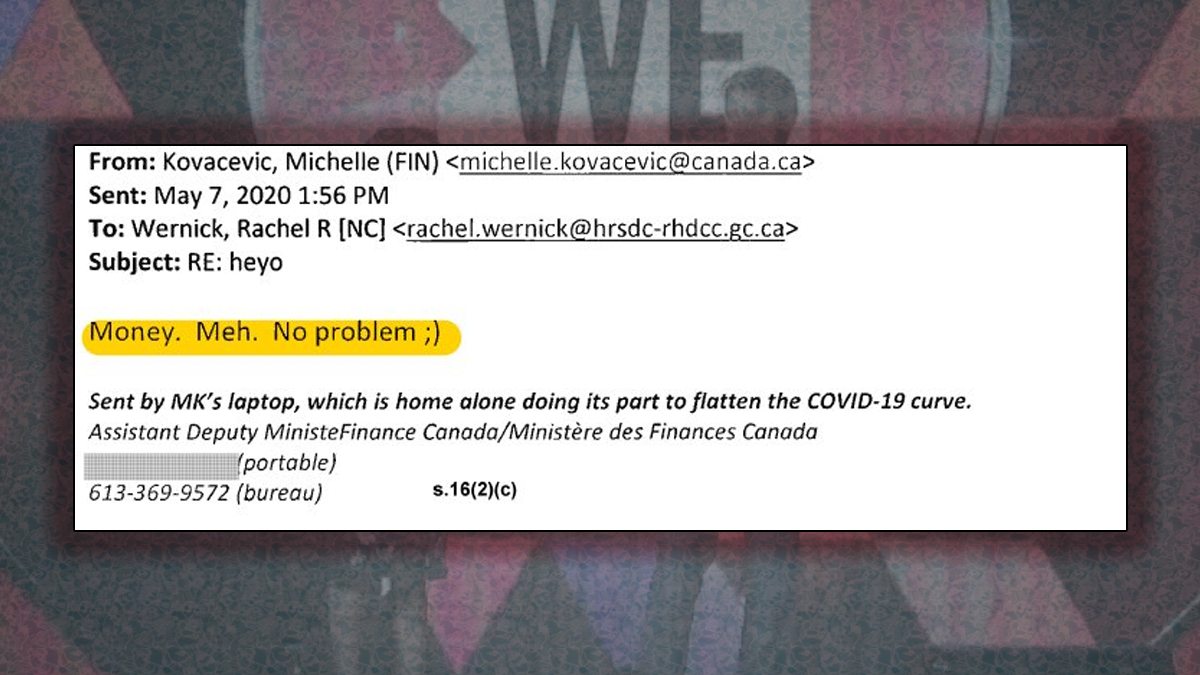 Senior bureaucrats told each other not to worry about the cost of the WE Charity contract and admitted that the logic behind the deal was shakey in private emails.

On Wednesday, Conservative finance critic Pierre Poilievre tweeted examples of the 5000 documents and communications the finance committee have received as part investigation into the infamous $912 million federal contract with WE Charity.

When the added cost of the contract was mentioned in an email thread, the Assistant Deputy Minister for Finance Michelle Kovacevic joked that the cost was irrelevant to her.

In another email, Kovacevic admitted that the government used “loosely goosey logic” when they issued the contract to WE to administer the Canada Student Service Grant.

In July, it was revealed that members of the Trudeau family have been paid $564,846 by WE for work and travel over the past decade. WE has since walked away from the lucrative contract.

While Trudeau once claimed that WE was the only group capable of taking the contract, one email shared by Poilievre showed that the Treasury Board did not know if WE had the “capacity to undertake this work.”

Various emails released suggest that Trudeau and the PMO interfered with the grant-application process to ensure WE got the contract.

Many of the documents released Wednesday were heavily redacted, removing most of the important information. Poilievre said that some information in the documents is inconsistent with testimony witnesses have given the finance committee.

Poilievre also noted that Trudeau only released the documents after he prorogued parliament, shutting down any further investigation for five weeks.

“This is a cover-up. The prime minister personally intervened to give half a billion-dollar grant to a group that had paid his family half a million dollars. He is covering it up by blacking it out, and shutting down our investigations,” he told reporters.