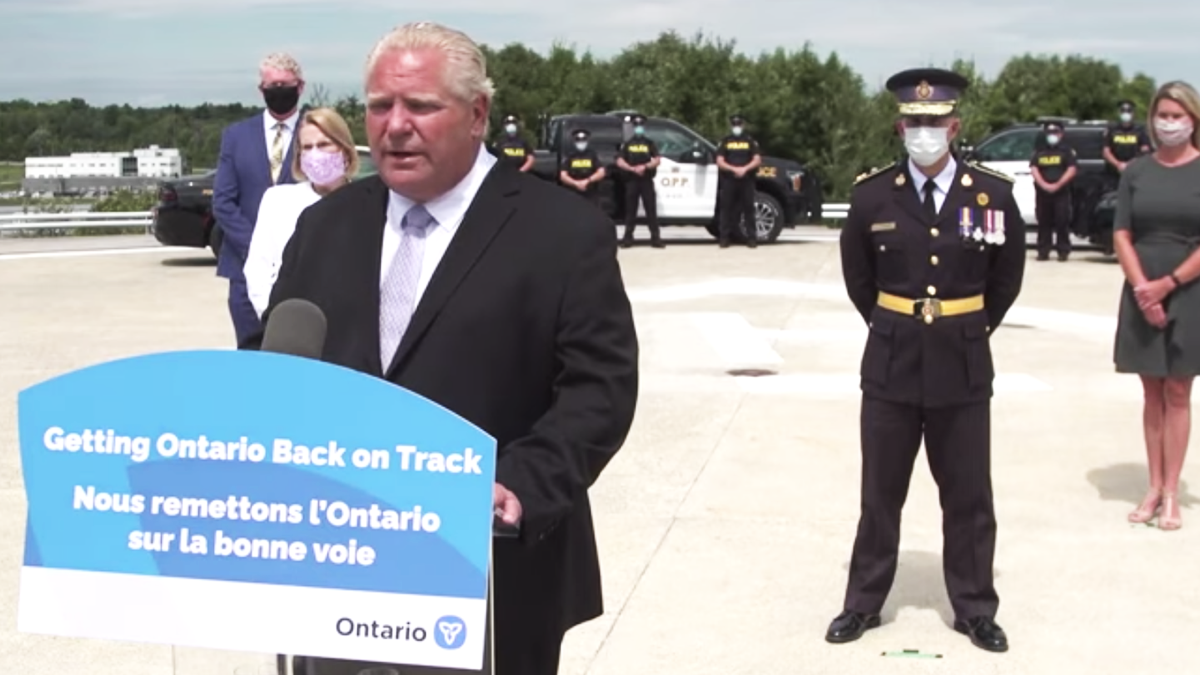 Rather than defunding its provincial police force, the Ontario government announced it will be hiring 200 additional Ontario Provincial Police officers.

“As we help communities recover from the impacts of COVID-19, it’s absolutely critical we give our brave men and women in uniform the tools and resources they need to do their job, stay healthy, and keep us all safe,” said Ontario Premier Doug Ford in a news release.

“That’s why our government is putting more boots on the ground to crack down on the criminals who would rob families and individuals of the chance to rebuild their lives during this very difficult period.”

The new initiative is based on recommendations made by the OPP Independent Review panel, which were released in March.

Meanwhile, Toronto Mayor John Tory wants to reduce the size of his city’s police force, despite an escalating amount of violent crime and gang activity.

Earlier this month, Tory announced that he will be implementing 80 different “reforms” to defund the city’s police force.

Part of the plan includes pursuing “alternative” methods to policing, finding ways to cut the Toronto Police Service’s budget and fixing systemic racism within the force.

“This is a recognition of the fact that we know we must do more because systemic racism in policing threatens the equal rights and opportunity and justice and wellbeing of Indigenous, Black and marginalized communities in our city and that is not something that’s acceptable to me as mayor or to you, the people of Toronto,” said Tory.

The decision comes after Toronto and other major Canadian cities have been rocked by anti-police Black Lives Matter protests.

It is unknown to what extent the police reforms will impact the city financially.