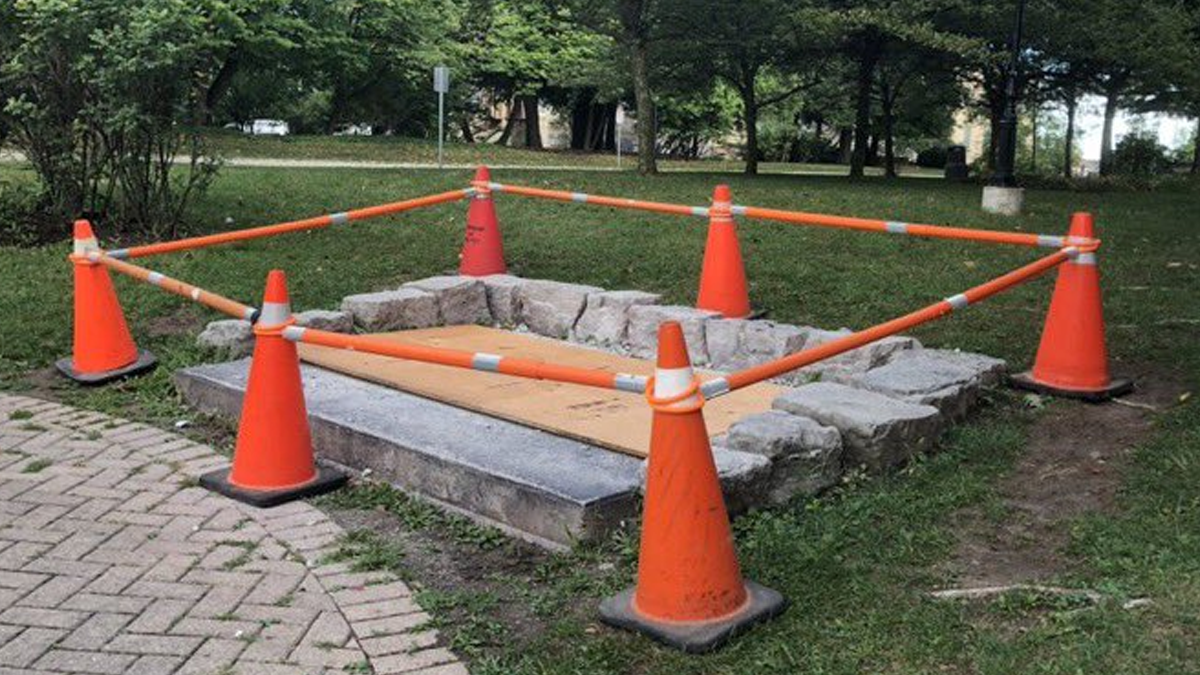 An Ontario town quietly removed a statue of Sir John A. Macdonald in the early hours of Thursday morning in the interests of “reconciliation” with the Indigenous community.

According to officials in Baden, a community in Ontario’s Wilmot Township, the statue was moved to an undisclosed storage location after councillors voted for the removal until they can agree on the statue’s future.

This decision comes less than a week after a mob illegally took down a statue of Macdonald in Montreal.

“This is a step forward towards reconciliation and the Township of Wilmot is looking forward to conversations with the Indigenous Community.”

The Macdonald statue was featured on Prime Ministers Path, a walkable park featuring life-sized statues of all of Canada’s former prime ministers.

There have been several protests and acts of vandalism directed at the statue over its supposed representation of white supremacy and racism.

Despite the town claiming it’s “honoured” to host the Prime Ministers Path, an open letter in June, after the Macdonald statue was vandalized for the first time, characterized the founding father as a “controversial historic figure” and vowed to engage in “discussions” about the statue’s future.

A number of politicians, including Prime Minister Justin Trudeau and Conservative leader Erin O’Toole spoke out against the toppling of the Montreal statue.