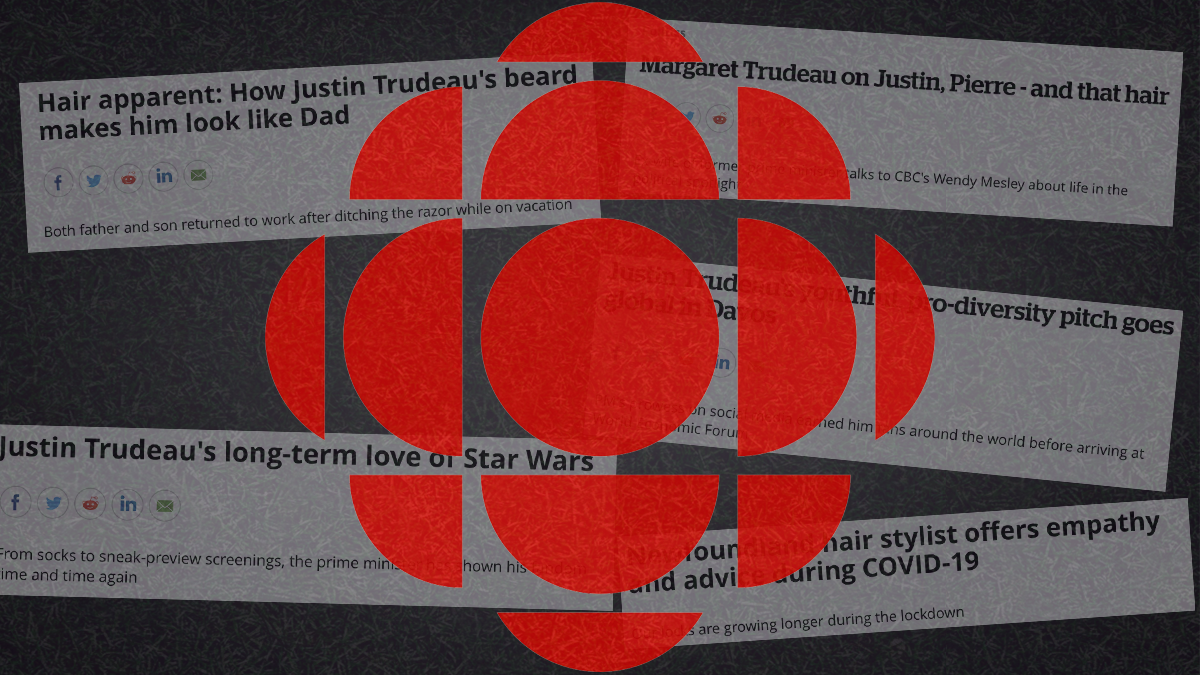 Data shows that the CBC loves to talk about Prime Minister Justin Trudeau’s hair and socks.

In fact, the state broadcaster has dedicated 76 articles which mention either Trudeau’s hair, his beard or his hosiery.

Out of 98 mentions in these articles, Trudeau’s hair makes a total of 50 appearances, his socks are mentioned 43 times and his beard is referenced 5 times.

In comparison, the CBC spent more time reporting on the prime minister’s physical appearance than they did on the recent arrest of Liberal MP Marwan Tabbara over assault and other serious charges. Tabbara’s name only nets 60 results on the CBC website.

A number of former Liberal MPs who faced sexual harassment allegations were also relatively ignored including Darshan Kang who got 81 mentions and Massimo Pacetti who only received 73 hits.

Coverage of alleged RCMP spy Cameron Ortis was also overshadowed by Trudeau’s socks and hair, producing only 41 mentions by the CBC.

To achieve this count, True North relied on articles or posts from search results provided by the CBC’s official website. All mentions within the body text, descriptions or other parts of articles were included in the final total. Any reference on television or on CBC’s radio programming were not included in these figures unless a transcript was provided on the website.

The CBC wrote about Trudeau’s locks with glowing adjectives such as “best hair”, “legendary hair”, or “mop of curly hair.”

“Asked to choose a comic book hero at a news conference, the man widely acknowledged to have the best hair in this year’s election race said he’s such a geek that he shouldn’t be answering the question,” wrote CBC’s Laura Payton on August 22, 2015.

Notably, a portion of the CBC’s coverage of the prime minister’s mane includes various articles complaining about the infamous 2015 Conservative election attack ad which brands Trudeau as an inexperienced candidate with “nice hair, though.”

“Stephen Harper asked the Governor General to dissolve Parliament, kicking off an 11-week long campaign that actually started when that horrible actor told us Justin Trudeau had ‘nice hair though,’” wrote Mark Kritch on August 2, 2015.

Despite the criticisms, the CBC has its own penchant for pointing out Trudeau’s physical appearance to a nauseating degree.