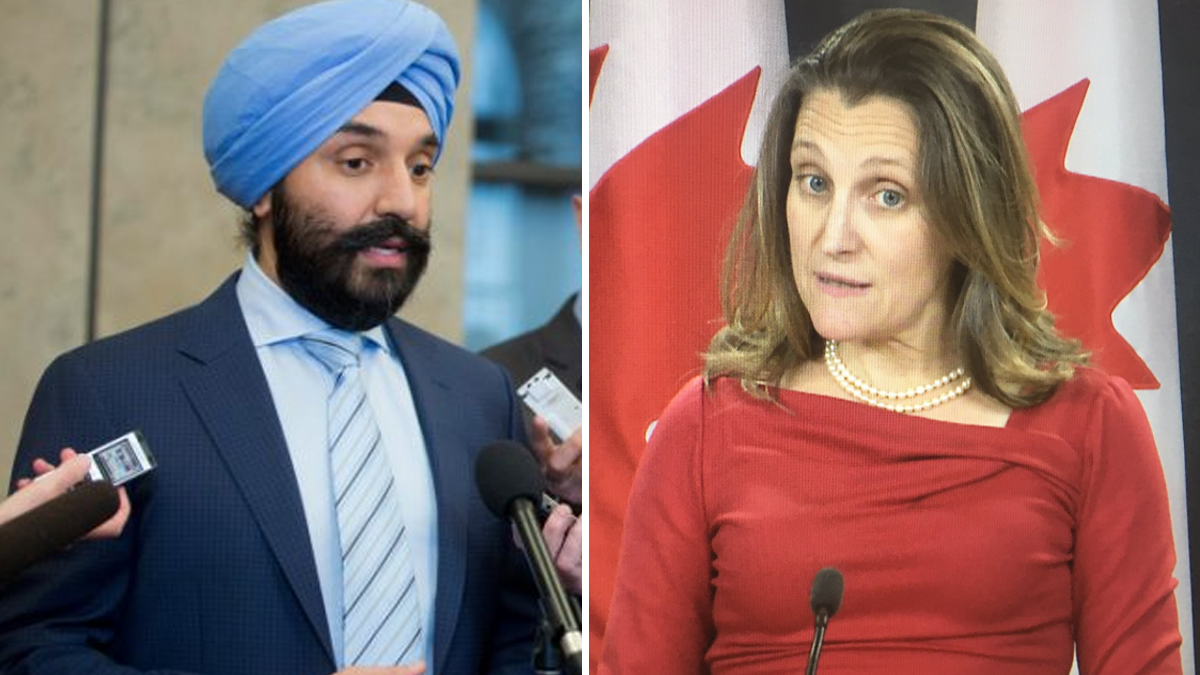 Two Liberal ministers are among the nine Canadian officials ordered to cut ties with former ambassador to the US David MacNaughton.

Earlier this week, Ethics Commissioner Mario Dion issued the directive one year after MacNaughton was found to have broken the Conflict of Interest Act.

Among those named by Dion include deputy prime minister Chrystia Freeland and Minister of Innovation, Science and Industry Navdeep Bains.

Canada’s Chief of Defence Staff General Jonathan Vance was also barred from speaking with MacNaughton, among several other senior officials within Trudeau’s government.

While acting as president of Palantir Technologies Canada, MacNaughton met with Ottawa’s top brass on multiple occasions on his company’s behalf.

In his ruling, Dion writes that  MacNaughton “has acknowledged, with the benefit of hindsight, that these communications and meetings, to the extent they could have furthered the interests of Palantir, were contrary to [the act].”

MacNaughton was named ambassador to the US by Prime Minister Justin Trudeau in 2016 and he played an active role in the United States–Mexico–Canada Agreement (USMCA) negotiations.

Trudeau himself is currently facing an ethics investigation for his role in the WE Charity scandal.

Dion’s investigation was prompted after reports revealed the close personal and financial ties between the prime minister and WE Charity co-founders Marc and Craig Kielburger.

During the Keilburger’s testimony, the pair disclosed that the prime minister’s mother Margaret Trudeau had received up to a shocking $479,944 for various speaking engagements.

“My mother and my brother are professionals in their own right who have engagements and have for many, many years, with many different organizations across the country, and I don’t have the details of their work experiences or expenses,” Trudeau said during his own testimony.