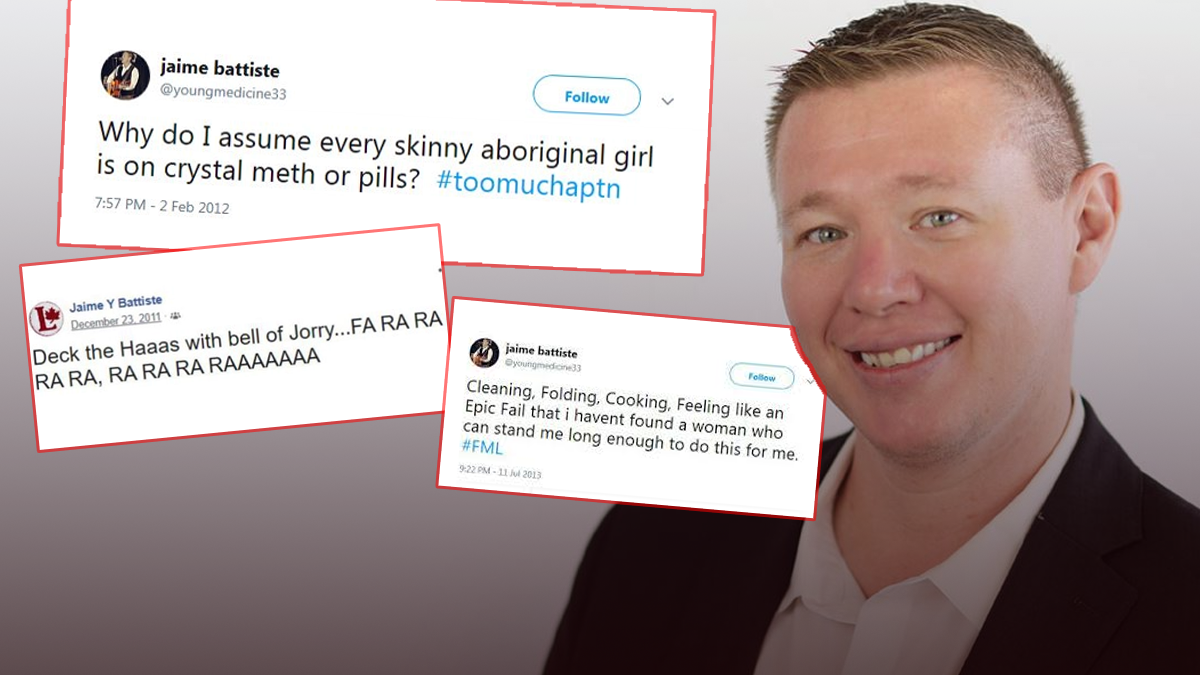 A Liberal MP and Indigenous Affairs committee member who was accused of mocking minorities in past Twitter comments condemned growing racism in Canada.

“One of the most disheartening things that we’ve been seeing across Canada over the past few months is more heightened acts of racism and discrimination,” said MP Jaime Battiste during Tuesday’s committee meeting.

“One of the things that Nelson Mandela once said was education was the most powerful weapon which you can use to change the world.”

In the midst of the 2019 election, comments unearthed by the Toronto Sun showed the then-Liberal candidate making racialized and crude comments about Indigenous women and people of Asian descent.

“Why do I assume every skinny aboriginal girl is on crystal meth or pills?” wrote Battiste in a since-deleted tweet from 2012.

Battiste’s comments also extended into misogynistic territory when he wrote that he “would accidentally sexually assault a cougar – twice,” and said that he would like a woman who is good at “cleaning, folding, cooking.”

During the committee meeting, Battiste went on to introduce a motion to “educate and create awareness of Indigenous history and rights in Canada.” Battiste made no mention of his past conduct.

After apologizing for the Twitter posts last year, Prime Minister Justin Trudeau stood by Battiste as a candidate for the Nova Scotia riding of Sydney—Victoria.

“We recognize that Jaime Battiste took responsibility for his actions and has apologized,” Trudeau said.

While on the campaign trail, Trudeau was also accused of racism after several photographs were unearthed showing a younger Trudeau wearing blackface on multiple occasions.