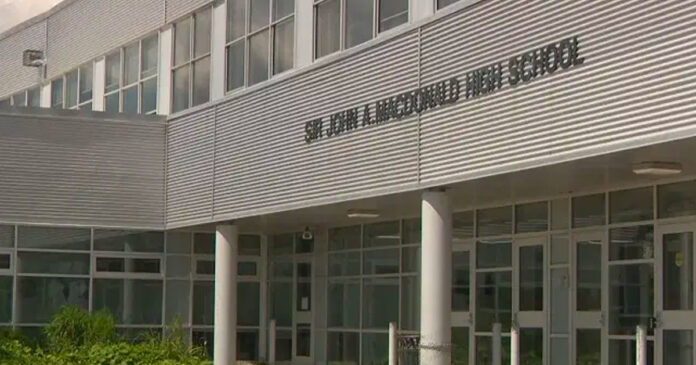 Sir John A. Macdonald High School in Upper Tantallon, NS will be changing its name to be “more inclusive.”

On Thursday, students were told the school was changing its name because of Canada’s first prime minister’s role in the residential school system.

“I truly feel that Indigenous students, when they see that name up above, it’s not giving them full inclusion. This is really a no-brainer for me,” said Principal Darlene Fitzgerald.

“We strive every day to make sure that every student that walks through our door feels like they belong. When you have a name like Sir John A. [Macdonald], and you have Indigenous students, that’s tough.”

Fitzgerald said changing the school’s name has been something she’s been considering since she became principal four years ago. Over the summer, Fitzgerald proposed the change to the faculty.

Students, parents and faculty have until the end Nov. 26 to propose a new name that promotes “inclusivity.”

Sir John A. Macdonald High School is the latest in a recent push to rename buildings and locations named after historical figures.

Last month the Queen’s University board of trustees voted to remove Sir John A Macdonald’s name from their faculty of law building, citing the “terrible harm” he brought during his life.

Across Canada, several streets named after historical figures have been renamed, with activists arguing that many more also need to go.

In recent months, entire communities like the City of Vaughan and the Township of Russell in Ontario have been the target of social justice advocates for being named after controversial figures. In Toronto, a proposal to rename Dundas Street will cost $3 million, according to the City’s estimates.