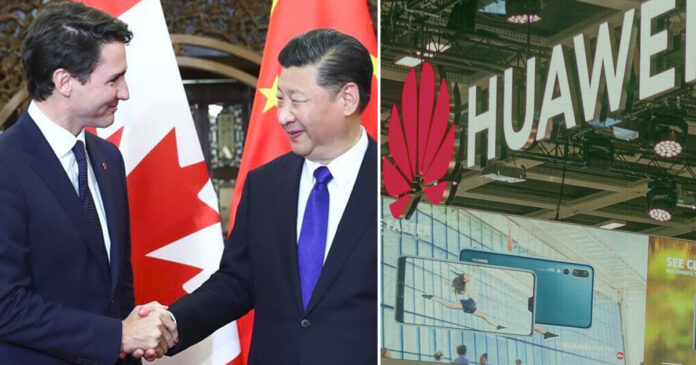 The Liberal government has missed a parliamentary deadline to make a decision on Huawei’s inclusion in Canada’s 5G network.

In November, with support from the opposition parties, a motion titled “Foreign policy toward China” was passed in the House of Commons requiring the federal government to take a tougher stance on China and arrive at a decision on Huawei within 30 days.

Friday was the last opportunity for the Liberals to provide a response.

“Today is the day. We’ve reached the deadline for the Trudeau Liberals to ban Huawei and present a plan to protect Canadians from Communist China’s intimidation. So where is it? All I see are broken promises and inaction,” wrote Conservative Leader Erin O’Toole on Twitter.

The motion also calls for the government to develop a strategic approach with regard to China like Australia has done.

Critics have accused the government of kowtowing to China’s interests by delaying a decision on Huawei.

National and cyber security experts have warned Canada that allowing the company onto the network could provide a back door for Beijing to spy on Canadians and threaten to upend Canada’s intelligence sharing relationships with its Five Eyes partners.

“Huawei claims that it is a private company—similar to Apple or Google—and is being unfairly treated by the United States and its allies. But the reality remains that Huawei is a company beholden to higher laws that could—and most likely would—make it a tool for state-sponsored espionage,” warned former National Security Adviser Richard Fadden.

To date, Canada has been the only Five Eyes member to not outright ban Huawei from having a role in its 5G network.

Several Canadian telecommunications providers have already announced that they will not be implementing Huawei hardware into their 5G networks including Bell and Telus.