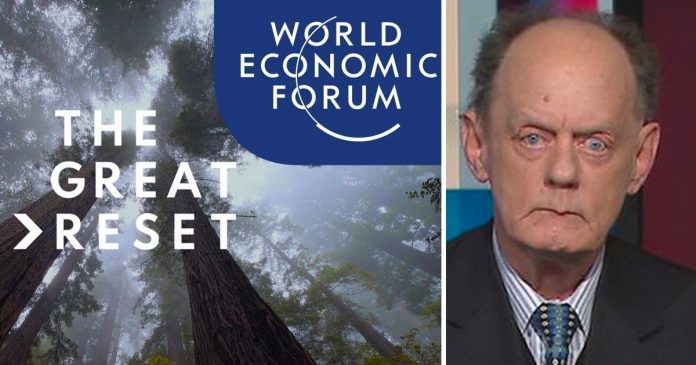 The online event, which was organized by the Canada Strong and Free Network, was titled “Pushing Back the Great Reset” and also featured columnist Peter Foster and Canadian Constitution Foundation litigation director Christine Van Geyn.

The “Great Reset” is a global initiative between governments, corporations and multilateral organizations to “urgently” build a new economic and social order. In his book “COVID-19: The Great Reset,” World Economic Forum founder Klaus Schwab states “possibilities for change and the resulting new order are now unlimited and only bound by our imagination.”

Critics of the Great Reset, such as Furey and Murphy, have argued that there is a very real concentrated push by international organizations and governments to use the pandemic as an opportunity to implement an environmental and economic agenda that could involve fewer freedoms and more social control for everyday citizens.

“Things are getting more and more out of the hands of the regular person,” said Furey.

“To me the Great Reset, the big problem with it is that it’s ignoring the key lessons of the 20th century while simultaneously seeking to erase the gains of that century. The phrase the ‘Great Reset,’ good heavens, it sounds like Mao’s Great Leap Forward. It sounds like those five year planning things that Stalin came up with and those didn’t end too well.”

The Liberal government has accused critics of the Great Reset of engaging in conspiracy theories, even though Prime Minister Justin Trudeau has himself used the term in a past speech and several leading Liberal cabinet ministers participated in the World Economic Forum’s “Great Reset Initiative” earlier this week.

As reported by True North fellow Andrew Lawton, Deputy Prime Minister and Minister of Finance Chrystia Freeland and Minister of Health Patty Hajdu both gave remarks at this conference, with Hajdu’s discussion on travel and border mobility taking place in a closed door session unavailable to the media or the general public.

During the initial weeks of the coronavirus outbreak, Hajdu argued against shutting down international borders and even suggested that borders were irrelevant to the spread of the virus. Despite Hajdu’s claims, the government implemented border restrictions in March 2020.

Both Furey and Murphy went on to point out in the panel discussion that a green agenda seems to be the driving force behind the prime minister’s embracing of the Great Reset.

“One thing that Mr. Trudeau does not walk away from ever is this fascination that somehow this country, Canada, holds some key to the success of stopping what he regards as apocalyptic global warming. It’s not only illogical, it’s ridiculous,” argued Murphy.