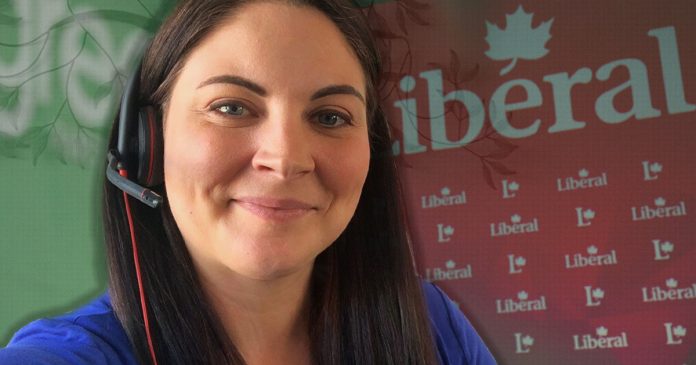 The newest member of the Liberal caucus has a history of making outlandish and controversial statements.

Jenica Atwin, who crossed the House of Commons floor from the Green Party to the ruling Liberals last Thursday, has recently received flack for her views on the Israel-Hamas conflict.

However, Atwin’s shortcomings don’t end there. While still a Green Party MP, Atwin held troubling views on other issues like free speech.

True North has compiled a full list of Atwin’s most bizarre and radical claims before she became a Liberal MP.

Claimed that “harmful and oppressive” words should be erased

In December, Atwin suggested on Twitter that allegedly offensive words like “tribal” should be “rooted out and discontinued” from use in the English language.

Atwin’s statement was in the context of a former Green party candidate’s prior use of the word “tribal.”

At the height of the Israel-Palestine conflict in May, Atwin made several controversial statements including accusing Israel of “apartheid” and claiming that there are “no two sides” to the conflict.

“I stand with Palestine! There are no two sides to this conflict, only human rights abuses!” tweeted Atwin with a #EndApartheid hashtag.

After joining the Liberals, former Liberal MP and head of the Friends of Simon Wiesenthal Center for Holocaust Studies Michael Levitt blasted the party for accepting Atwin to their ranks.

“As a former Liberal MP I’m disappointed and concerned by the news that MP Jenica Atwin has crossed the floor to join the Liberal caucus, given her inflammatory one-sided and divisive rhetoric during the recent conflict between Israel and the terror group Hamas,” said Levitt on social media.

Atwin has since walked back on her statement despite claiming in a CTV interview that a lot of Liberal MPs agreed with her anti-Israel positions.

Green Party MP Jenica Atwin expressed her support for Canada’s United Nations Declaration on the Rights of Indigenous Peoples (UNDRIP) bill, otherwise known as Bill C-15 because it was a step towards “decolonizing Canada.”

Atwin also put forward a motion to require the Canadian government to draft laws that “reflects non-binary identity and two-spiritedness.”

“Finally, this amendment is consistent with the vision of this government to promote human rights, including respect for diversity and inclusion, protecting 2SLGBTQ+ rights and addressing discrimination. This proposed amendment is a concrete step toward this objective as well as towards decolonizing Canada,” said Atwin.

Only a few days before crossing the floor to the Liberals, Atwin claimed that issues like “environmental racism” were one of the urgent challenges facing the planet.

“Mr. Speaker, the current generation of youth grew up acutely aware of the urgency to fight the climate crisis and the multitude of challenges facing our planet, from deforestation to environmental racism and pollution generated by plastic waste,” said Atwin.