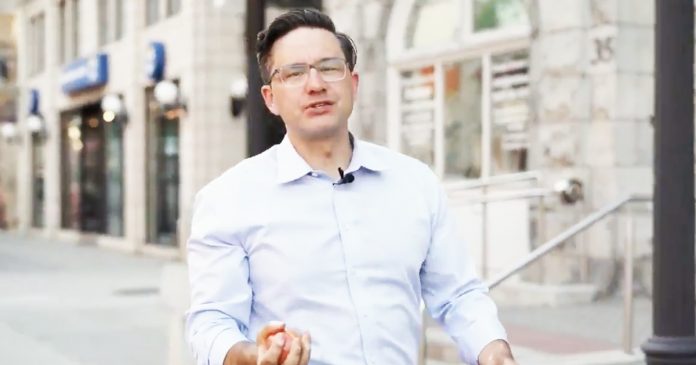 The high profile Member of Parliament and Conservative candidate for the riding of Carleton’s election message is pretty simple — Make more. Cost less. Paycheques. Not debt.

Ahead of an expected federal election, Pierre Poilievre posted a video on social media warning Canadians about the government’s growing debt and looming financial crisis.

“We had to spend during the pandemic, but Trudeau’s plan to borrow forever means inflation and bankruptcy,” Poilievre says in the video.

Poilievre argues that the federal government should prioritize Canadian interests and rely on a domestic supply of goods and services.

“Instead, let’s become the best place for businesses to build, hire and make stuff here in Canada,” Poilievre says.

In May, Statistics Canada reported that Inflation in Canada reached its highest rate in a decade as the prices of everyday goods continued to rise. The Consumer Price Index (CPI), which measures inflation on commonly purchased consumer goods and services on a year-over-year basis, rose 3.6%.

Meanwhile, in June, the government agency reported that the country lost 33,000 full-time jobs despite provinces reopening their economies and lifting or easing public health restrictions.

“This is a disastrous economic record – one we warned about and the government ignored our warnings, and now Canadians are suffering the consequences for their failures,” Poilievre said.

Canada’s federal debt surpassed $1 trillion dollars this year following a frenzy of pandemic spending by the ruling Liberal government. In its latest budget, the government revealed a whopping deficit of $354 billion with no plan to pay down the debt and balance the books.