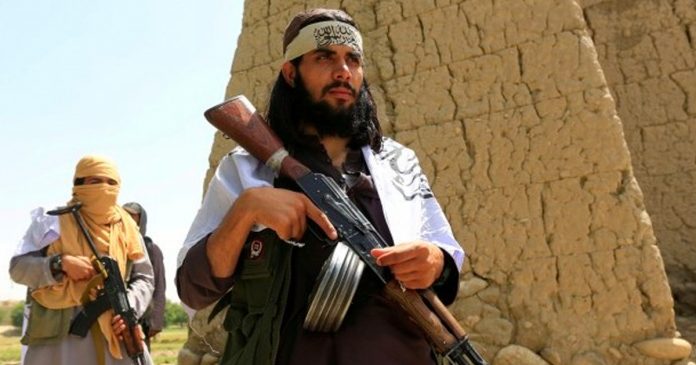 The Taliban are reportedly going door-to-door seeking out Afghan Christians and searching through citizens’ phones for Bible apps, the Daily Wire reports.

According to a report by the Christian Ministry organization Frontier Alliance International (FAI), the Taliban are targeting Christians for death.

“The Taliban has a hit list of known Christians they are targeting to pursue and kill,” the FAI report reads.

“People are fleeing into the mountains looking for asylum. They are fully reliant on God, who is the only One who can and will protect them.”

The Christian nonprofit organization SAT-7 North America claims the terrorist organization, which recently reclaimed control of Afghanistan, is demanding to search through people’s phones, looking for anything related to Christianity.

“We’re hearing from reliable sources that the Taliban demand people’s phones, and if they find a downloaded Bible on your device, they will kill you immediately,” said the president of SAT-7 North America Dr. Rex Rogers.

Since the Taliban seized nearly all of Afghanistan, there have been multiple reports about the terrorist organization’s egregious human rights violations.

Newsweek reports that women are being beaten or tortured under the strict regime. Other reports also indicate that the Taliban are executing opponents to their regime.

Critics of Prime Minister Justin Trudeau claim his government has bungled the Afghanistan crisis by failing to evacuate Canadian citizens, diplomatic staff and Afghan nationals who helped Canada’s military in a timely manner and taking a soft approach with the Taliban.

Trudeau was forced to clarify the government’s position on the Taliban after Liberal Foreign Affairs Minister Marc Garneau did not rule out the possibility of recognizing the terrorist group as the legitimate government in Afghanistan.
On Wednesday, women and gender equality minister Maryam Monsef referred to the Taliban as “our brothers.” When asked about her word choice, Monsef said it was a cultural reference.