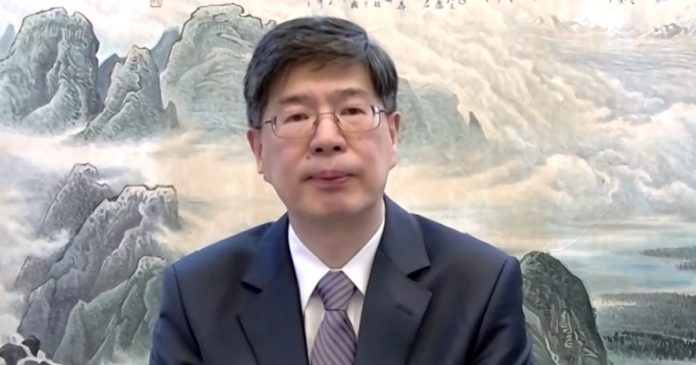 China’s Ambassador to Canada Cong Peiwu urged the Liberal government to allow Huawei technology onto its 5G network during a Centre for International Governance conference on Tuesday.

According to Cong, security concerns around the Chinese company were “invented by the United States and the main purpose is to crack down on Huawei.”

Cong also stated that he “hoped that lessons will be learned” by the Canadian government from the Meng Wanzhou incident.

Earlier this year, the US Justice Department struck a deal with the Chinese government to secure the release of Huawei CFO Meng, who was being held in Canada over allegations that she broke US sanctions on Iran.

In return for Meng’s release, China freed Michael Kovrig and Michael Spavor, who were detained by Chinese authorities in retaliation to Meng’s arrest.

Numerous experts have cited concerns regarding Huawei’s relationship with the Chinese government. As a Chinese company, the corporation is bound by laws passed by Beijing requiring private entities to cooperate with the country’s intelligence operations.

Former CSIS director Ward Elcock is among those who have raised the alarm about the potential threats of allowing Huawei onto Canada’s network.

“The state in China being what it is, even though Huawei is an independent company … [the government] would have the capacity to ask and demand Huawei’s assistance in collecting intelligence,” said Elcock in 2020.

Prime Minister Justin Trudeau has dragged his feet on a Huawei ban for some time now, making Canada the only Five Eyes nation to not have prohibited the company.

Several telecommunications companies including Bell and Telus have already committed to not use Huawei hardware in their 5G infrastructure over concerns that Beijing could use the tech as a backdoor to spy on Canadians.