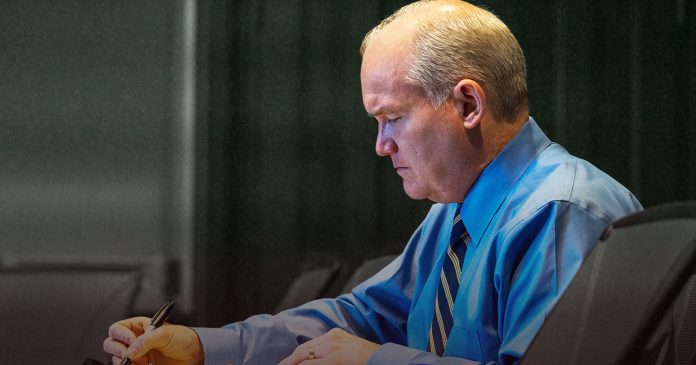 The campaign behind a push to hold an early leadership review of Conservative Party of Canada (CPC) Leader Erin O’Toole told True North that a new poll supports their intentions to let members have a say on the party’s future.

Angus Reid Institute’s latest poll shows support for O’Toole plummeting both among Canadian voters at large and Conservatives specifically. With the Conservative base, O’Toole currently sits at a measly 59% support while other major federal leaders are enjoying over 80% approval among their supporters.

Members Vote is a grassroots Conservative group dedicated to holding O’Toole accountable for the results of the 2021 federal election.

“We believe that the recent polling results support what we already know to be true – that members are tired of Mr. O’Toole’s constant flip-flopping,” a Members Vote spokesperson told True North.

“After all, he does have the worst +/- of any party leader since the election. We believe our members should be permitted to have a say on whether or not they want to continue going down the path he has paved.”

Members Vote was formed after Conservative Senator Denise Batters launched a petition to require the CPC to hold a leadership review within the next six months. As it stands, O’Toole won’t face scrutiny from his party’s membership until the party’s 2023 convention.

According to the group, the petition has accumulated “around 7,100 signatures.” Members Vote has to submit the petition to the party brass by February 13, 2021 – 90 days after its Nov. 15th launch. As per CPC constitution rules, the petition will require the support of more than 5% of the party’s membership in at least five provinces to pass.

O’Toole booted Senator Batters out of the party caucus after she launched the petition. Soon afterwards, however, her Senate colleagues defied the CPC leader and voted to keep her in the Senate Conservative caucus.

Speaking about her expulsion, Batters told True North that “Erin O’Toole has reversed Conservative party policies without consultation or input from party members and caucus as well.”

“It’s critical that party members be given a chance to have their voice heard. Otherwise, I’m very concerned that the party might split, and that’s what I’ve been becoming increasingly worried about over the last several weeks.”

Critics including Batters have pointed out that O’Toole flip-flopped on several key promises to his base including not implementing a carbon tax, not supporting the Liberal gun ban and denying MPs rights to free votes.

Batters was not the only CPC member to face the wrath of O’Toole and those close to him. Conservative National Council member Bert Chen was also suspended from his position for starting a similar petition and now faces a sweeping investigation by the party into his private affairs.