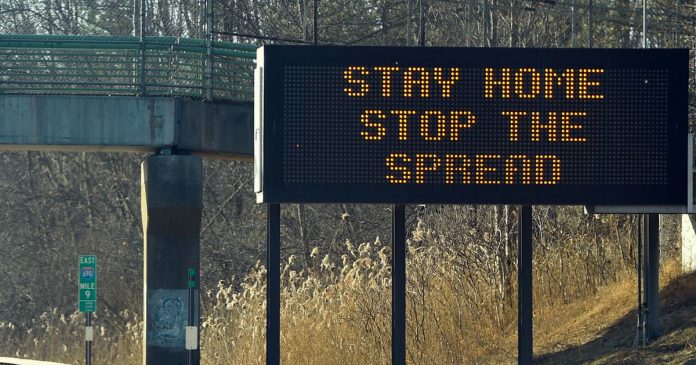 Keep children from saying ‘trick or treat’ too loudly.

Even better, do it through a wall.

Canada has seen its share of weird, heartless and even contradictory COVID restrictions over the past two years, all in the name of keeping us safe.

With another holiday season upon us and government lockdowns coming down yet again, True North has gathered together some of the strangest and most heartless restrictions and recommendations from across the country.

Not all provinces are represented below, and the restrictions we’ve chosen may also be in regions we haven’t listed. Readers who want to let True North know about any noteworthy restrictions specific to their own region are invited to send us an email.

You’d think it would be harder for COVID to get you if you’re racing down a hill on skis or a toboggan. But apparently in Ottawa, you’re safer if you’re sitting still.

10. Needing to show a vaccine passport to get into a museum but not a library (Manitoba).

Because in Manitoba, COVID doesn’t like to read over the holidays but apparently is sophisticated enough to want to take in a historical exhibit. What happens if you dare to read something in a museum?

Are government lockdowns preventing you from seeing loved ones in-person over the holidays? Not to worry! The Yukon government web page lists a variety of alternatives to an in-person get-together. One, “hold a virtual ugly holiday sweater party,” includes all the steps and instructions, including step two: “create or buy an ugly holiday sweater.” Thanks, government!

Nunavut wins this one for specifying that there’s no singing in church. In Ontario, you can still sing publicly if you’re a professional – so if you do karaoke with your friends, make sure they throw money at you.

Nova Scotia gets an honourable mention for allowing solos but no choirs.

Yukon gets another for recommending against “chanting” and “shouting.” We’re not sure about yodeling.

Where’s Kevin Bacon when you need him? No, this isn’t the set of Footloose – some Canadian provinces really banned dancing.

B.C. wants “no dancing” and “no mingling” this Christmas – just masked people trying to speak across their tables from their socially distanced chairs. Ontario allows dancing, but – as with singing – only if you’re a professional.

Nova Scotia gets an honourable mention for allowing masked dancing, thereby turning every club into a cheap masquerade.

True North broke the story that Nova Scotia’s school boards were making parents show proof of vaccination to visit their children’s schools – even though the policy specifically excludes parents. Not that it mattered – the government cancelled all concerts and shut down the schools over COVID a few days later.

Ontario’s chief medical officer of health Kieran Moore doubled down on his recommendation in October that children should say “trick or treat” quietly – this time by suggesting that fully-vaccinated adults should still stay away from their triple-vaccinated loved ones this Christmas. Good luck with that one…

Until recently, New Brunswick had given food retailers the option of denying entry to unvaccinated individuals. At least one business went for it. True North helped shine a light on the policy, and major backlash forced the government to reverse it.

Remember that time Jesus said, “Give me your tired, your poor…but only if they’re fully vaccinated?” Yeah, me neither.

Quebec’s new winter lockdowns include needing a vaccine passport to enter a house of God. The one exception is if you’re homeless, making it the first time ever that someone has needed to show a lack of identification to get past security.

In B.C., only the Northern Health region has ordered places of worship to bar unvaccinated worshipers from buildings. As True North reported, the order hasn’t deterred some courageous pastors in Prince George and Smithers.

All travelers entering N.L. must isolate for five days and pass a rapid test each day in order to be released. The government brought in the restriction on Dec. 21 – too late for holiday travellers to work around it. Family get-togethers have been ruined.

Fully-vaccinated travellers entering P.E.I. must isolate for four days, even with a negative test. Unvaccinated people must isolate for 8 days. As with Newfoundland & Labrador, the P.E.I. government brought in the restriction too late for holiday travellers to make accommodations (Dec. 22), derailing long-anticipated reunions.

1. No get-togethers for unvaccinated people. At all. (B.C.).

B.C.’s chief medical officer of health Bonnie Henry takes the (fruit)cake this season for denying unvaccinated Canadians the warmth of kith and kin. But what do you expect from someone who cancelled all weddings, concerts and New Year’s parties too?