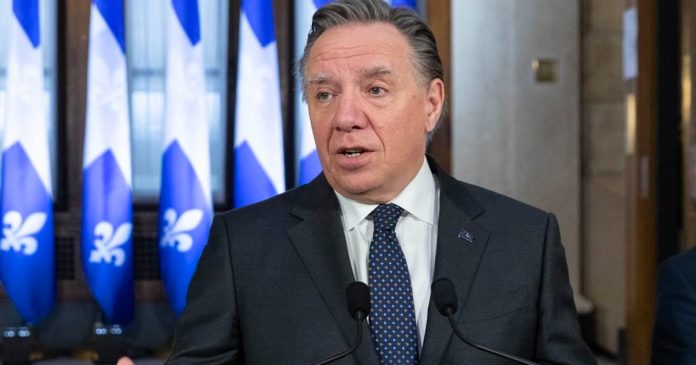 Quebec is the first province in Canada, and only the second government in the western world, to make vaccination mandatory for adults under threat of financial penalties.

Quebec premier François Legault announced Tuesday that unvaccinated Quebecers would be charged a fee for refusing the COVID-19 vaccine.

Legault says the amount of the fee has not yet been determined but that it should be “significant” enough to convince the unvaccinated to get the shots. He said that $50 or $100 is not enough.

When asked about the legal and ethical challenges of the rollout, Legault admitted the policy was a “big deal” and that everybody is trying to “find a solution.”

“Right now, these people put a very important burden on our health care network, and I think it’s normal that the majority of the population is asking that there be a consequence,” he said.

“It’s a question of fairness for the 90% of the population who made some sacrifices. I think we owe them this kind of measure.”

Ninety percent of eligible Quebecers have received at least one shot, with 82% fully vaccinated.

Legault added that he would be looking at expanding vaccine passports in Quebec. Last week, Quebec became the first Canadian province to announce that its passports would require a third dose.

Quebec also becomes only the second government in the western world to make vaccination compulsory for all adults. Austria committed to the measure for everyone 14 years and older, on threat of fines every three months equalling more than $4000 per adult. The policy is set to begin February.

Italy brought in fines in January for those 50 and older who have not been vaccinated, while Greece will be following suit in February.

The announcement also comes days after Trudeau government health minister Jean-Yves Duclos said provinces should have a “conversation” with the feds about forcing Canadians to get COVID shots.

People’s Party of Canada leader Maxime Bernier, who marched with thousands in Montreal on Saturday against Quebec’s lockdowns, told True North that mandatory vaccination was already the case in Canada and that Legault is scapegoating.

“Governments started by imposing a vaccine passport and denying access to certain public areas for unvaccinated people,” Bernier said. “Now Quebec is willing to go much further and impose what is essentially a costly fine to peaceful citizens who refuse a health intervention. And if these citizens refuse to pay it, at the end of the day, there are always policemen with guns who will enforce the rule.”

“We are quickly becoming a police state, a fascist state where the government can decide to abrogate our fundamental rights and freedoms based on a mass hysteria that they’ve created,” Bernier added. “They are scapegoating a minority of the population as the cause of all of society’s problems, and they are willing to persecute them.”