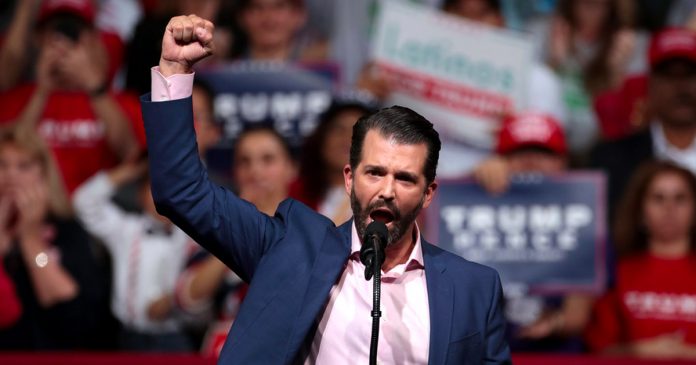 “When we push back against the insanity, we can win, and that’s how this all ends,” said Trump in a Facebook video on Tuesday. “This is a genius idea.”

Trump said there need to be more protests like Freedom Convoy 2022 in the USA and other western democracies. He said what is going on when it comes to fighting COVID-19 is “absolutely insane.”

Trump urged people to support the truckers, calling them patriots fighting for freedom and saying there have to be more people pushing back.

Trump went on to say that U.S. President Joe Biden implemented a vaccine mandate for truckers crossing the Canada-US border to stop these types of social movements. He pointed out the hypocrisy of Biden not adopting a similar mandate at the US-Mexico border for non-truck drivers.

Trump said that the convoy’s 70-kilometre length is “amazing” and that the time has come to end all COVID-19 restrictions.

“If we all take a similar and peaceful approach to doing it, we’ll get it done,” he said, adding that the science being used to support the restrictions “doesn’t seem to be based on anything resembling science.”

Truck drivers from across Canada are participating in Freedom Convoy 2022, demanding that all vaccine mandates, lockdowns and other restrictions end.

An email from convoy organizers obtained by True North said that truckers would be doing a “slow roll” from multiple border points on Jan. 23 and head towards Ottawa, where they are expected to arrive on Saturday.

The vaccine mandate for cross-border truckers took effect on Jan. 15. It removed the existing exemptions for truckers from testing and quarantines, requiring they be fully vaccinated.

The USA implemented a similar mandate on Saturday. These mandates have raised concerns in Canada and the USA because of potential supply chain problems.

A growing number of Conservative MPs have spoken out in support of this protest as it heads towards Ottawa, among them Pierre Poilievre, Candice Bergen and Andrew Scheer.

Conservative leader Erin O’Toole has dodged questions about whether he supports the convoy and whether he will meet with truckers once they arrive in Ottawa.