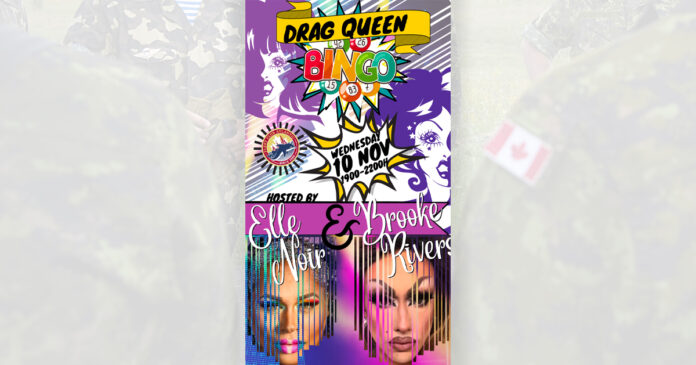 A CAF member who asked to remain anonymous over fears of reprisal shared with True North multiple emails and documents sent out to military personnel, revealing material chock-full of woke ideology.

The anonymous source told True North that soldiers had to sit through “CRT sessions we all had to endure and book recommendations from high ranking people,” with titles including “Robin Diangelo’s White Fragility and books by Ibram X. Kendi.”

One of the scenarios on “diversity and dignity” depicted a lesbian staff member who dug into a new hire’s social media and found that they were active in a local “religious denominational community – a known fundamentalist sect of a major world religion with known strident opposition to homosexuality.”

“She reads a few of Marielle’s comments and posts,” the scenario explains.  “She finds one that says ‘I personally believe that marriage can only be between a man and a woman.’ “This is of concern to Shirley who does not hide being a lesbian and who believes same sex marriage is a human right. Shirley goes to the director to express her concern and find out what he is willing to do to ensure she is not confronted or misjudged at work.”

One of the guided discussion bullet points states that “it could be argued that stating marriage should only be between men and women is a form of hate speech” before suggesting solutions like a private meeting with the employer.

Another scenario on “association with political groups of doubtful persuasion” depicts a situation where some CAF members are part of a fictional group called “Canada Patriot.”

“(The group) claims to be fighting against illegal immigration and radical Islam. Thousands of association members belong to its private Facebook group,” the scenario reads. “Master Corporal (MCpl) Dwayne MacDonald is posted to an Army base close to a small town. He has alerted his chain of command that some CAF members wear Canada Patriot t-shirts to the gym during physical training and to the mall in town when off duty. He interprets the clothing as an expression of anti-immigrant attitudes.”

“MCpl MacDonald is asking leadership to explicitly ban the wearing of the t-shirts, both on and off base,” it continues.

The scenario goes on to make clear that the “DND/CAF is committed to preventing hateful conduct and ensuring that all related incidents are investigated and dealt with in a timely manner.”

According to the anonymous source, CAF members were also encouraged by superiors to put “pronouns in their email block” and use “non-gendered French ranks.”

Other examples of gender ideology include a Sep. 21 2021 instance where Rear-Admiral Rebecca Patterson sent soldiers a message asking them to celebrate Gender Equality Week and touted the benefits of “gender equality initiatives” for “all gender identities.”

“Gender Equality Week is a reminder that all of us in Defence—women, men, non-binary people and people of all gender identities—benefit from gender equality initiatives as it can lead to greater health, happiness, and economic prosperity for all people,” wrote Patterson.

The influence of woke ideology has led to policy changes for the CAF. Most recently, the force announced it would bring in a new gender-neutral uniform policy allowing members “to choose the uniform that makes them the most comfortable.”