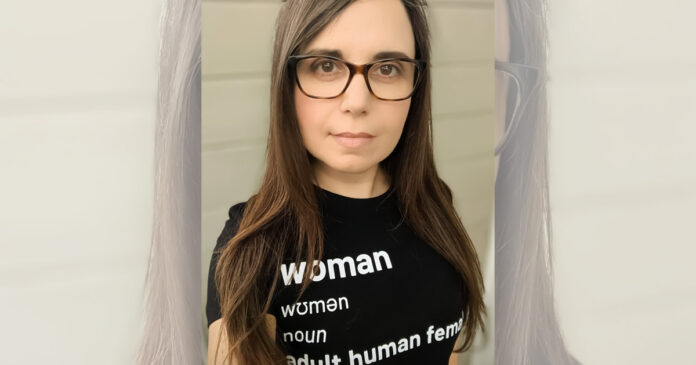 Gender critical activist Mia Ashton has sent a letter to 3,000 school trustees across Canada expressing deep concern with policies allowing schools to withhold a child’s transgender leanings from his or her parents.

Ashton is an Ottawa-based spokesperson for the organization Canadian Women’s Sex-Based Rights (caWsbr), which aims to maintain women’s rights in the face of rabid gender ideology.

Ashton said she feels teachers are being given the green light to practice pseudo “psychotherapy” on confused students who have gender dysphoria, which is a mismatch between their sex at birth and the gender they think they are.

According to Ashton, the use of selected pronouns and new names is part of this practice.

She said she believes this practice  – labelled social transition – is well-meaning but does “far more harm than good” – especially since the majority of teachers and school administrators don’t really understand the ramifications of its “very powerful psychotherapeutic intervention.”

As reported by True North, school boards across Canada have increasingly adopted radical gender-based agendas, with educators teaching children to question their sexual identities in elementary school and earlier.

Among the examples of their methods are outrageous posters containing pictures of breast binding, and special forums involving gender concepts far too sophisticated for young kids.

When it comes to how far school boards are prepared to go to indoctrinate students, Ashton said there’s a very “close race” between Nova Scotia, British Columbia and Ontario. She said their activism is being driven by groups – like Egale in Canada – which are piggybacking on gay rights.

Ashton said that when it comes to people’s support for trans rights, they often think of it in the same terms as gay rights, and don’t see the potential harm in encouraging a student to medically transition. Sterility, she said, is very often an outcome.

“They support it blindly because they’re afraid of being called a bigot or transphobic,” she said, explaining in her letter that social transition is “viewed as the first active step on the pathway towards medical transition.”

Ashton provides statistics to show that there has been a “huge surge” in Canadian teenagers identifying as transgender in the past decade – girls, in particular. She says the stats show the number of those with gender dysphoria at puberty has become an “epidemic.”

She added however, that experts have shown that more than 80% of school kids who experience gender dysphoria come to terms with the sex they were born with after puberty – if they are not encouraged to transition.

“By accommodating the social transition, schools may be depriving teens of the chance to become comfortable with their bodies without the need for lifelong medical intervention and medical surgeries,” Ashton writes.

She added that keeping important information from parents about a child’s health – particularly their mental health – is a “betrayal of trust” on the school’s part.

“Schools may well be setting them (students) on a pathway towards double mastectomies, hysterectomies and cross-sex hormones,” she said.

Ashton said that she has received 20 positive responses from her letter, including from school trustees who have said they agree with her but don’t feel they can raise the issue.

Burjoski was cancelled and labelled transphobic by WRDSB trustees merely for expressing her concerns about a book in the elementary school libraries promoting trans issues. She was placed on leave and subjected to a review. Burjoski has since retired.

Explaining some of the new perspectives and labels peddled by trans activists, Ashton said that one can’t be a masculine or “butch” lesbian anymore, and that tomboys are all considered “trans.”

“You can’t be a gender-non-confirming girl anymore… you have to be a trans man,” she said.

Ashton says society is dealing with a transgender social contagion and that the seed was planted in 2015 when the reality show “I am Jazz” premiered on TV. The show featured an individual – now named Jazz Jennings – who according to news articles experienced gender dysphoria at age 5.

Jennings started doing interviews publicly in 2007 – at age 7 – and took puberty blockers at a young age to transition from male to female. At age 20, Jennings has gained 100 pounds and has been very open about a binge eating disorder.