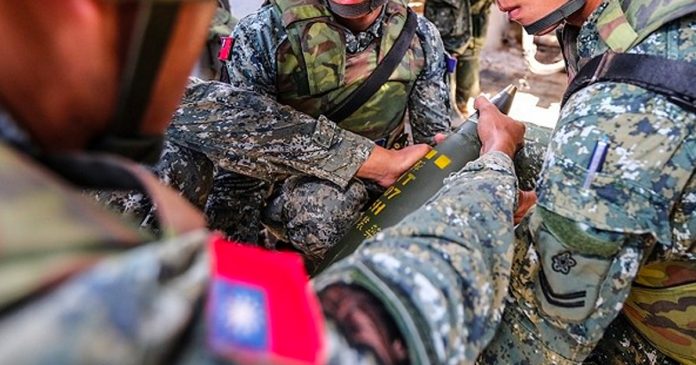 A group of Canadian MPs are planning a trip to Taiwan amid escalating tensions between the communist regime and western allies, following multiple Taiwanese trips by U.S. lawmakers.

Liberal MP and chair of the Canada-Taiwan Friendship group Judy Sgro views the trip as an opportunity to show solidarity with similar trips made by U.S. politicians while sending a message to China.

“I’m trying to be diplomatic in my comments, but clearly I’m proud that Canada is standing up to China as well. And I think that pushback is very important,” said Sgro.

In early August, US Congresswoman Nancy Pelosi’s visit to Taiwan made her the highest ranking member of the U.S. government to visit the island nation since Newt Gingrich visited in 1997.

The visit provoked the Chinese regime, as the People’s Liberation Army (PLA) launched a series of military exercises around Taiwan, launching missiles over the island and sending warplanes to buzz Taiwanese airspace.

Two weeks after Pelosi’s visit, a group of senators and congressmen visited Taiwan on a similar trip. The Chinese Communist Party (CCP) reacted in a similar fashion to how they reacted to Pelosi’s visit, deploying a series of aircraft and marine vessels to conduct military exercise around the Taiwanese island.

The Canada-Taiwan Friendship group is an unofficial parliamentary coalition recognized by the Taiwanese government that is dedicated to furthering unofficial diplomatic ties with the democratic country.

The group cannot operate in an official capacity because Canada officially recognizes the One-China Policy, and any official diplomatic ties with Taiwan would upset the Chinese regime.

Because Canada wishes to maintain diplomatic and trade relations with China, the trip is being branded as discussions to further Canada-Taiwan trade.

“The trade committee is very anxious to go and to visit Taiwan and see what opportunities there are for deeper trade relations between our two countries,” said Sgro.

Canada-China relations have soured in recent years as a result of China’s unjust arrest of Michael Kovrig and Michael Spavor on trumped-up charges, as well as their increased military hostility.

Earlier this summer, Chinese warplanes were reported harassing Canadian planes conducting a UN mission to monitor North Korea. The PLA planes flew dangerously close to Canadian aircraft, and one PLA fighter was reported as throwing up the middle finger at Canadian pilots.