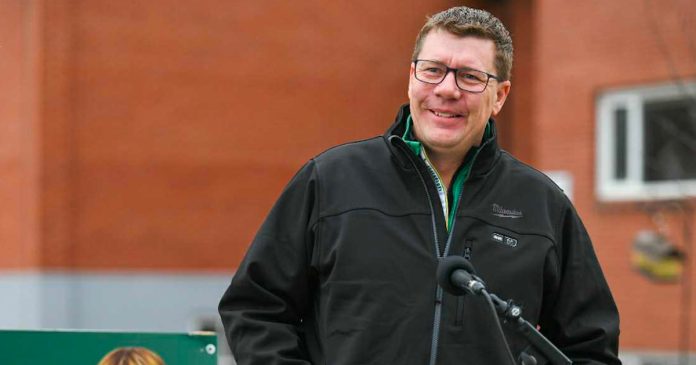 Saskatchewan Premier Scott Moe introduced The Saskatchewan First Act on Tuesday, the goal of which is to assert their provincial autonomy over matters assigned to the provinces in the 1867 Constitution Act.

The Act, also known as Bill 88, comes after Alberta Premier Danielle Smith won the United Conservative Party leadership in part on her campaigning for an Alberta Sovereignty Act. However, Bill 88 does not go as far as the new UCP leader’s legislation.

Moe’s legislation attempts to draw a clear line between provincial and federal jurisdiction, informed by the Constitution Act’s provisions outlining provincial and federal powers, particularly when it comes to the province’s natural resources, forestry industry, energy generation and production, regulation of greenhouse gas emissions and fertilizer use.

The Saskatchewan First Act would also create a tribunal that would assess the economic impact of federal initiatives on behalf of the Saskatchewan legislature.

“This legislation will draw the jurisdictional line and defend that line based on the existing constitutional division of powers,” the Throne Speech, delivered by Lieutenant-Governor Russ Mirasty last week, read. “To be clear, this is not about abrogating or ignoring the Constitution. In fact, quite the contrary. It is the federal government that has been intruding on Saskatchewan’s jurisdiction under the Constitution.”

In the UCP leadership race, Danielle Smith campaigned for months on her promise to introduce and pass a sovereignty act that would negate federal legislation and regulations that intrude on Alberta’s jurisdiction.

The Trudeau government also passed the “No More Pipelines Bill,” or Bill C-69, which places federal regulations on the development of natural resources like oil and natural gas.

The provinces have taken the federal government to court over Bill C-69 legislation but ultimately failed as the Supreme Court sided with the feds.

The Trudeau government has introduced legislation that banned the legal possession of thousands of rifles and handguns while also implementing a gun buy-back program. However, Saskatchewan and three other provinces have declared that they will not be enforcing the gun grab, with the Yukon legislature passing a motion sympathizing with the sentiment.

Premier Moe is expected to introduce more legislation in the current session that would further assert provincial autonomy.

In Lieutenant-Governor Mirasty’s speech from the throne, Mirasty said that the government plans on signing an immigration accord with the federal government to give Saskatchewan similar immigration controls to those given to Quebec.

The Saskatchewan government also plans to collect its own corporate income tax, comparing their plan to Quebec’s and Alberta’s.