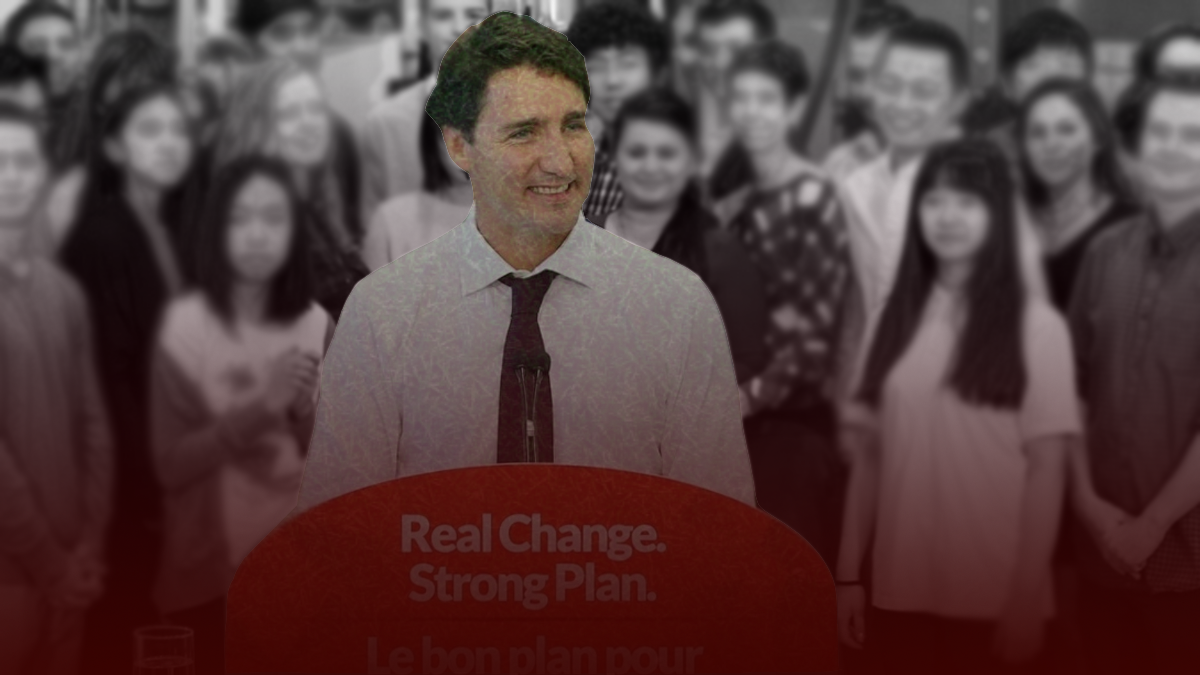 Last week the federal government announced it would be giving Mastercard $49 million to build a new facility in Vancouver. Giving free money to a multinational credit card company is just the latest example of corporate welfare in Canada, and by no means the worst.

In 2018 the federal government and the four largest provinces gave a combined $29 billion to corporations through programs, funding announcements, and tax breaks. Often these corporate welfare cheques are completely unnecessary.

Here are ten times the government gave your money away to corporations.

In January, Mastercard and Industry Minister Navdeep Bains announced the company is building a new cybersecurity research centre in Vancouver. Despite only employing 380 people, Mastercard will get $49 million from the federal government, despite the company’s net income of nearly $4 billion in 2017.

The Trudeau government announced in November, 2018 that the mainstream media would get $595 million over the next three years, mostly in the form of a wage subsidy. Only news outlets that the government considers “qualified Canadian journalism organizations” are entitled to funding. Mainstream outlets like the Toronto Star have already received millions from the Trudeau government.

What outlets qualify for funding is decided by a panel which includes Unifor, an anti-conservative labour union.

Last April, then-environment minister Catherine McKenna announced the government was giving grocery giant Loblaws $12 million to purchase “low-emission” refrigerator units for its stores. Loblaws made $221 million in profit in the quarter before the announcement.

Loblaws rewarded taxpayers in Jan. 2020 by laying off 800 people at its Ottawa and Laval distribution centres. The jobs are expected to be replaced by automation.

In 2017 the Trudeau government bailed out the struggling aviation company Bombardier with a $373 million loan. The Quebec government gave the Montreal-based firm another $1 billion. Bombardier has struggled with profitability in recent years and is currently $9 billion in debt. The loans went to cover the production costs of its new series of aircraft.

“The investment I’m announcing today is the right solution for the time and in terms of innovation, jobs and long-term competitiveness for the company,” Industry Minister Navdeep Bains said at the time.

Only 18 months later Bombardier laid off 3,000 employees in Canada in a move to cut costs. Currently the firm’s long term survival is in question.

In late 2018 Maple Leaf Foods announced they will be constructing a new poultry facility in London, Ont. As part of the project to which the federal government contributed $28 million and the government of Ontario contributed $34.5 million. Once the new facility opens in 2021, Maple Leaf will be closing its smaller facilities in Toronto, Brampton, and St. Marys, leading to a net job loss of 300.

The city of Calgary announced the $100 million Opportunity Calgary Investment fund in 2018 to create jobs and diversify the city’s economy. Through the fund, Calgary wanted to fight its high unemployment and office vacancy rates. To date, eight organizations have received a combined $23.5 million from the fund, creating around 800 jobs and a few hundred “training spaces.”

In October, Mayor Naheed Neshi admitted the program has made little impact on the city’s employment or office vacancy rates.

“I’m not disappointed, just a little bit surprised,” he said.

In 2018, the government announced it was putting $220 million into LNG Canada’s liquefied natural gas (LNG) complex in Kitimat, British Columbia. The project, totalling $40 billion, is the single largest private investment in Canadian history. LNG Canada is a joint venture owned by Shell, Petronas, Petrochina, Mitsubishi, and Korea Gas – all companies worth billions.

The funding went towards “highly energy-efficient gas turbines,” for the complex.

8. Trudeau forgives $2.6 billion in loans to GM and Chrysler

In the wake of the Great Recession, in 2009 the federal government and Ontario gave General Motors and Chrysler $13.7 billion to ensure they kept their Canadian facilities open. In 2018, the Trudeau government wrote off $2.6 billion the two firms still owed to taxpayers.

In September, Chrysler laid off 1,500 in at its Windsor plant in order to “better align production with global demand.” At the end of 2019, General Motors closed its plant in Oshawa, putting another 3,000 people out of work.

The total loan was for $7.4 million, but ACOA refused to say how much of the loan Irving had paid back before it was forgiven. Along with the loan, Irving was also given $35 million in non-repayable funding from the federal government to set up Atlantic Wallboard

The Trudeau government gave $35 million to NOVA Chemicals in Jan. 2018. The firm manufactures plastic products, including plastic packaging and other non-reusable products. The $35 million was intended to expand the firm’s facilities.

“We have a responsibility to work with our partners to reduce plastic pollution, protect the environment, and create jobs and grow our economy,” Trudeau said after issuing the ban.