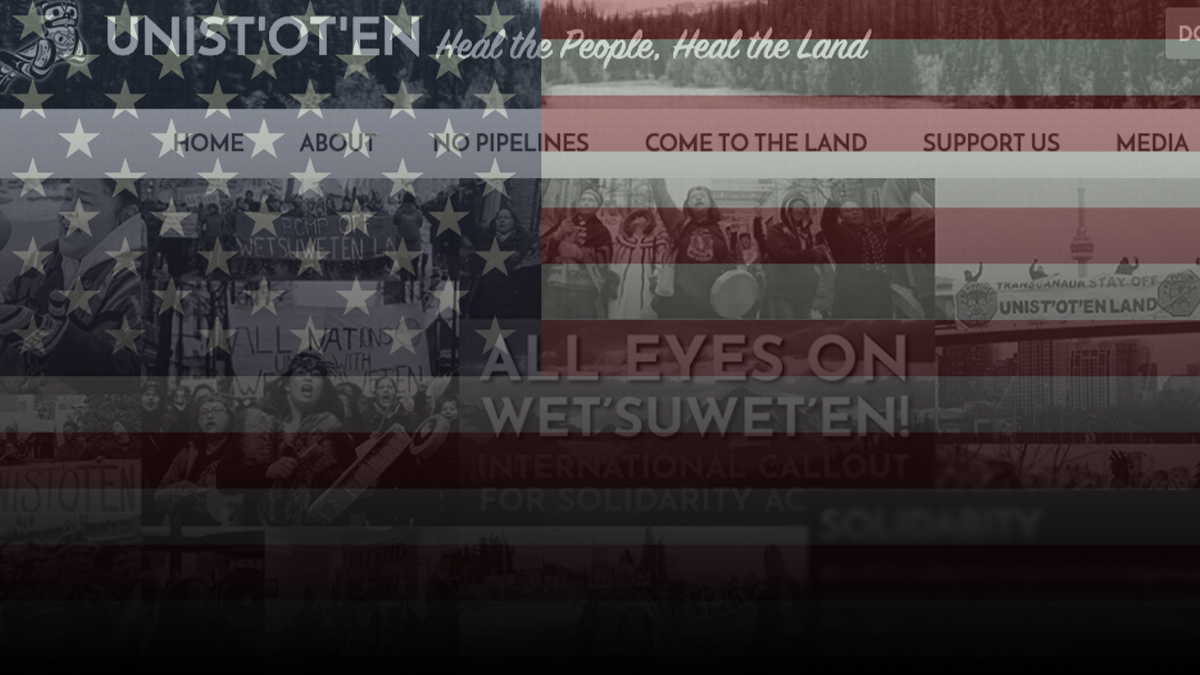 Greta Thunberg tweeted a website claiming to represent Wet’suwet’en opposition to the BC LNG pipeline. The website credits its design to a US company with links to major left-wing groups and movements.

Unist’ot’en credits California-based Design Action Collective [DAC] as the developers and designers of their website.

Among DAC’s client lists are recognizable far-left groups like Black Lives Matter, Palestine Solidarity Legal Services and Greenpeace among dozens of other groups.

According to a 2016 story, members from the DAC were closely working with founding members of Black Lives Matter during the early stages of the movement.

“Long before #BlackLivesMatter was a trending hashtag, movement founders Patrisse Cullors, Opal Tometi and Alicia Garza had been part of a broader ecosystem of activists and organizers working on related issues for decades,” writes Oscar Perry Abello for Next City.

A number of critics of the ongoing protests and blockades have pointed out the seemingly far-left political program motivating them.

“Sometimes Canada really feels like a failed state. It feels like a country that just cannot get anything done, we can’t build critical infrastructure, we can’t even have a functioning railway system because we allow a group of far-left fringe environmentalists to use the heckler’s veto and take the entire country hostage,” said True North’s founder Candice Malcolm.

As exclusively reported on by True North a number of extreme left-wing websites have called on activists to sabotage rails and pipelines in order to cripple Canada’s economy.

When contacted for comment the RCMP could not confirm or deny if there’s an ongoing investigation into illegal activities surrounding the protest.

“The RCMP does not investigate movements or ideologies, but will investigate the criminal activity of any individuals who threaten the safety and security of Canadians,” said Cpl. Caroline Duval.

According to Transport Minister Marc Garneau, there have been several instances of tampering along the rail lines, including the disabling of road crossing signals.