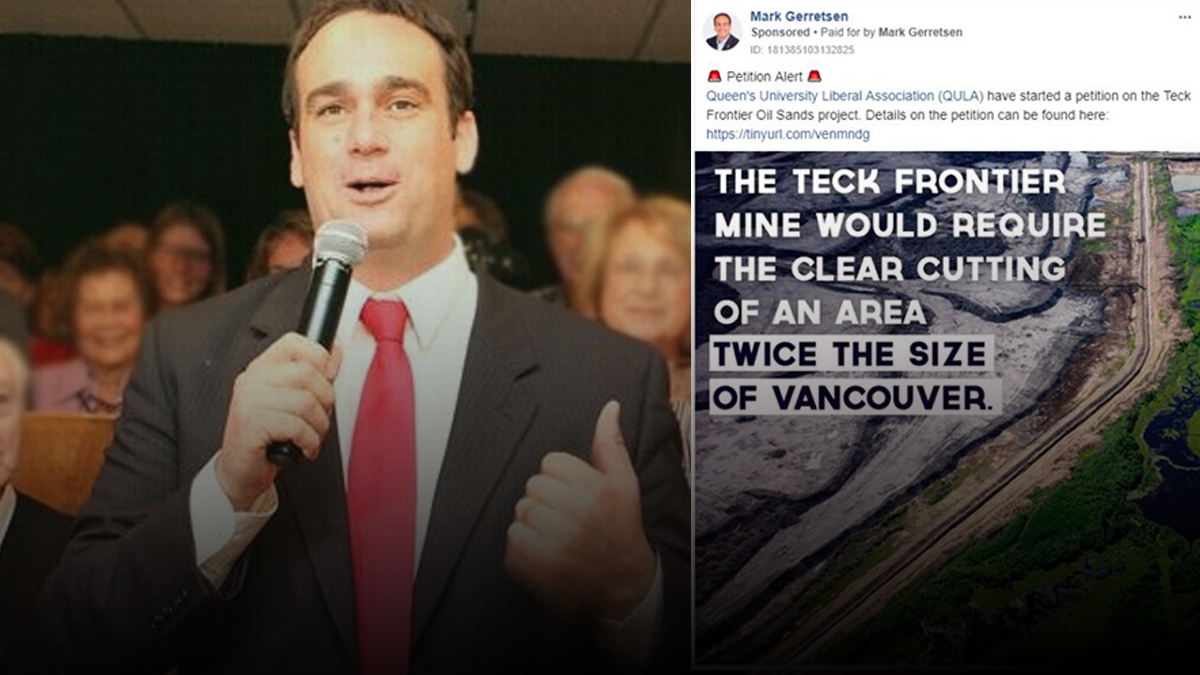 A Liberal MP from Ontario has been paying to advertise a petition calling on his government to reject the proposed Teck Frontier oilsands mine in Alberta.

“We, the undersigned, citizens of Canada, call upon the Government of Canada to reject the proposal to build the Teck Resources Frontier Oilsands Mine in Alberta as it is not in the best interest of Canadians,” says the petition, which was sponsored by Gerretsen.

The Facebook advertisement links to Mark Gerretsen’s personal profile and lists him as the paid source for the ad.

Facebook data on the ad shows that Garretsen spent between $300-399 to get the petition out to a larger audience and that the ad has already received 60,000 impressions.

As it stands the petition has received 684 signatures, passing the 500 signature benchmark required for a petition to be tabled in the House of Commons.

According to Lilley, Garretsen’s office did not comment on whether the money spent on the ads were from personal funds or included taxpayer dollars.

The Liberal government is expected to make a decision on whether or not it will approve the $20 billion Teck mine project.

The Alberta government estimates that the Teck mine could create 7,000 jobs during its construction and employ 2,500 throughout its operation. The project would also produce $70 billion in tax revenues for Canada.

Behind closed doors, Liberal MPs have been urging Prime Minister Justin Trudeau to reject the proposal despite approval of all 14 First Nations communities in the area where the mine will be built.

The Liberal government has been preparing an aid package for Alberta in the case of the mine’s rejection.

Alberta Premier Jason Kenney has warned Trudeau that rejecting the mine would have disastrous effects and bring Western alienation to a “boiling point.”