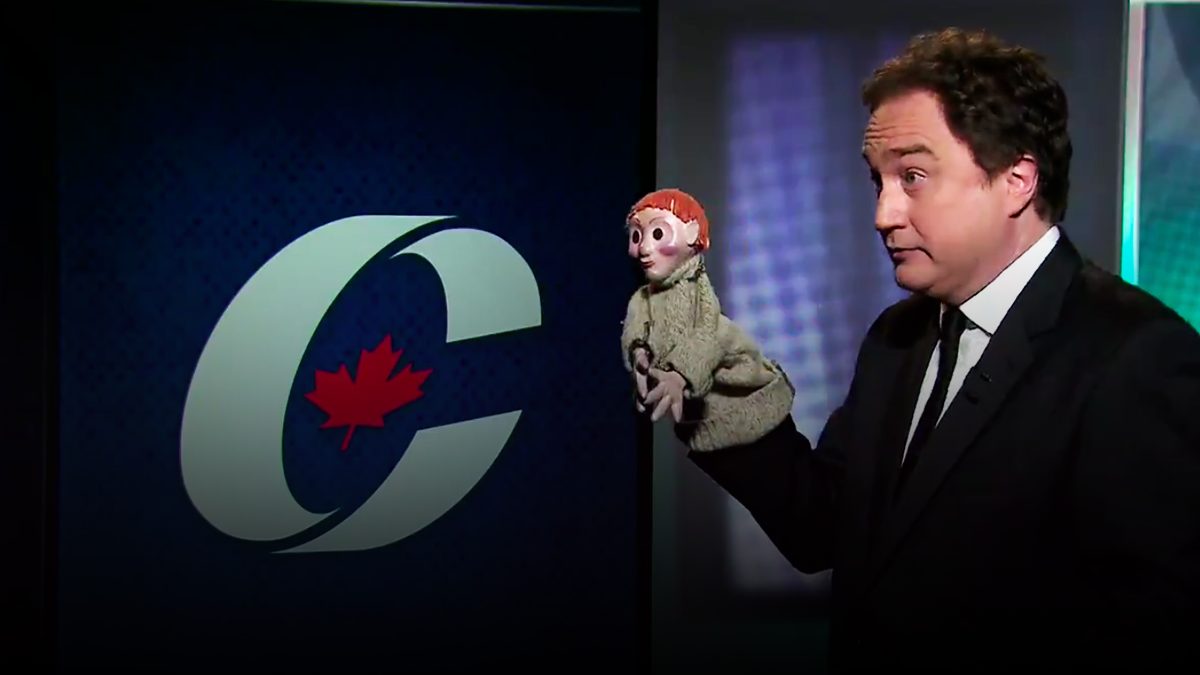 The CBC program This Hour Has 22 Minutes aired a segment claiming that “Conservatives are afraid of the CBC.”

On February 14, O’Toole released a video on Twitter detailing his plan to defund CBC digital and slash funding for CBC’s English TV and CBC News.

“Erin wants to get rid of the CBC, but why?” said Critch. “Could it be that some Conservatives are afraid of the CBC?”

Critch then refers to an incident where a CBC reporter was barred by security guards from reporting on the recent Ontario PC Party policy convention in Niagara Falls.

However, the TV program fails to mention the numerous times that the Liberals have prevented journalists, including True North fellow Andrew Lawton, from covering their events over fears of bad publicity.

To justify the claim that a majority of Canadians “support” subsidizing the CBC with taxpayer dollars, he points to a poll commissioned by the pro-CBC lobby Friends of Canadian Broadcasting.

The Nanos poll in question claims that 1 in 5 Canadians want CBC funding decreased. Each year the CBC receives $1.2 billion in taxpayer funds from the federal government despite unprofitability and steadily declining viewership.

Earlier this year, a report by Blacklock’s Reporter revealed that only 0.8% of Canadians tuned into the broadcaster’s local evening news programs.

In the last five years, ad revenue for the CBC has also steadily declined by 53%.

Despite the CBC’s poor performance, the Liberal government has suggested it will increase the broadcaster’s funding. According to Minister of Canadian Heritage Steven Guilbeault, the CBC could receive additional funds to increase local news coverage.

The CBC is currently suing the Conservative Party of Canada over the party’s use of news material in an online election advertisement.