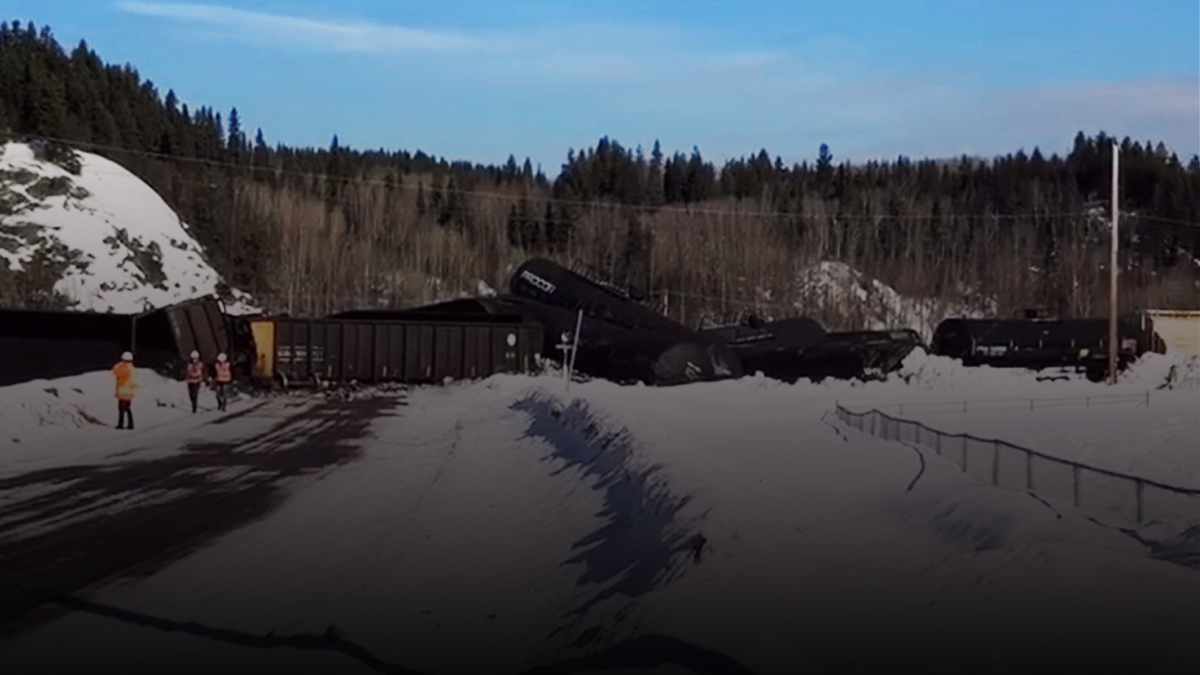 A train derailment in northern BC forced an elementary school to evacuate early Thursday morning.

The train derailed near Giscome Elementary School around 40 kilometres east of Prince George.

School officials have evacuated the children to a nearby church as a precaution.

The derailment comes only a day after a freight train in Kingston, Ontario went off its tracks on Wednesday.

According to school vice-principal Jason Schwartz, the derailment took place around 9:30 a.m. as pupils were beginning their day.

The children’s parents were made aware of the school’s evacuation and were given the option to pick up their kids or have them transferred to a nearby school for the remainder of the day.

While CN Rail has not commented on the situation, Schwartz claimed that the train cars were transporting propane and coal.

“On our way to town, at the Giscome crossing where the school is, there is a train wreck of propane tank cars — crumbled tanks,” local Catherine Kendall told CBC.

A video of the incident shows the train completely halted with several cars piled up and off their tracks while workers wearing safety jackets inspect the area nearby.

As of yet, investigators do not know the cause of the derailment.

The derailment in BC took place nearly 350 kilometres away from the site of the BC LNG pipeline’s construction.

According to transportation minister Marc Garneau, there have been signs of tampering with rail tracks by protestors who oppose the project’s construction.