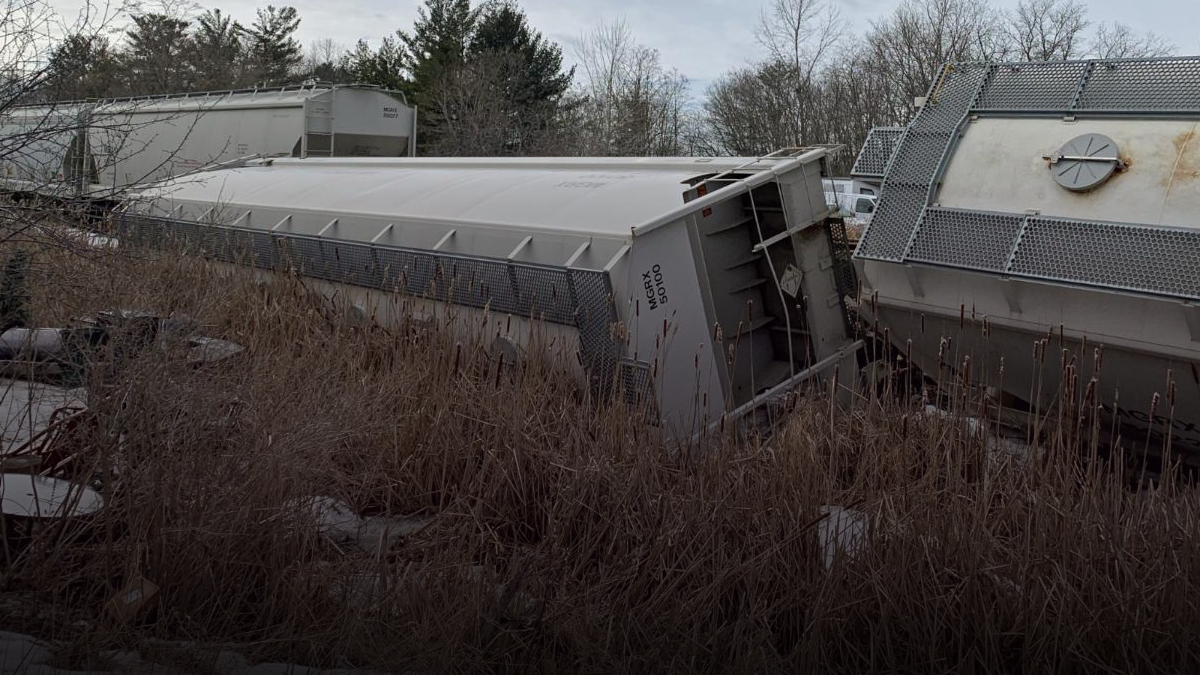 A freight train in Kingston, Ont. went off the tracks Wednesday morning, leading to road closures and an evacuation of the area.

The incident happened on Bath Road on the outskirts of the city. Police say that Bath Road between Queen Mary and Armstrong will remain close to traffic until further notice.

Kingston Police say no one has been hurt and they have several officers at the scene.

Police are evacuating the area as one of the train cars appears to be leaking. The contents of the car are not yet known.

Several of the train’s cars appear to be laying on their side.

This specific track services a plant owned by Invista, a firm that manufactures nylon and polyester products.

This is the fourth train derailment since protests targeted Canada’s railways with blockades in recent weeks.

In February, foul play was suspected at a derailment in Sainte-Marie-Salomé, Que.

Liberal Minister of Transport Marc Garneau confirmed in February that protesters have been tampering with railways by disabling the signals at road crossings.

The minister’s confirmation came shortly after True North exclusively reported on a handful of far-left websites that instruct activists to sabotage Canada’s rail systems and other critical infrastructure.

Last week, near Belleville, Ont., protesters threw rocks, poured gasoline on tracks and lit wooden crates on fire underneath a moving train in an attempt to disrupt CN rail services.

The cause of the derailment in Kingston is currently unknown.