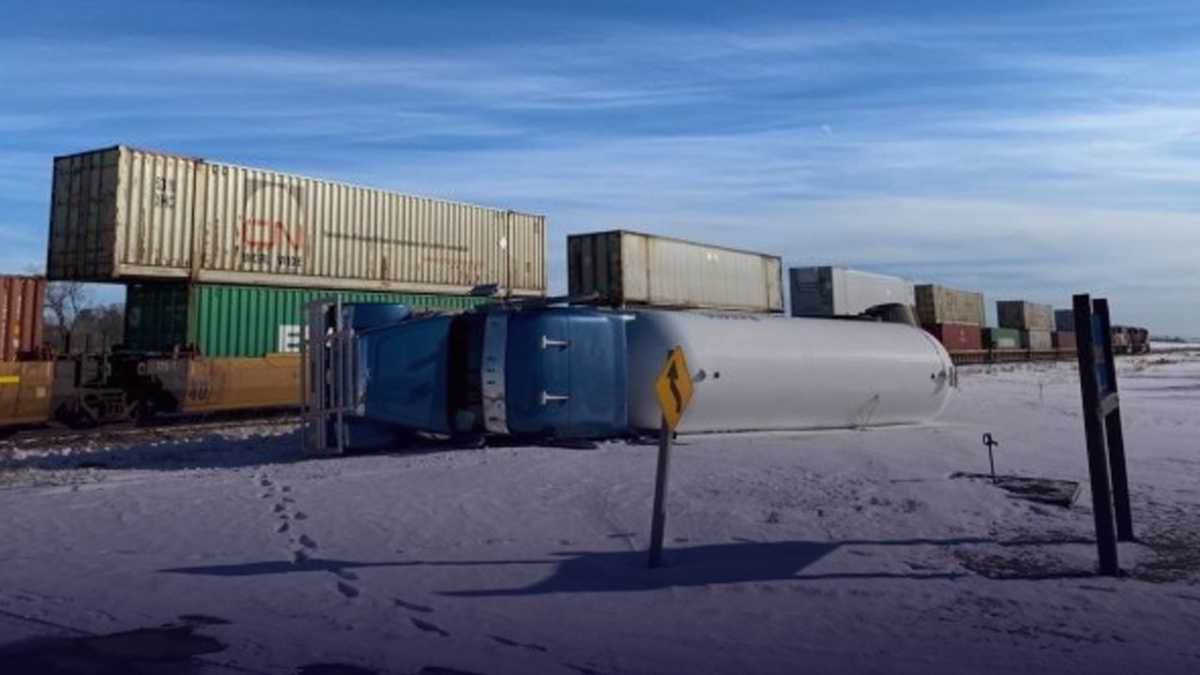 A train derailment in a southern Alberta hamlet has forced residents to flee their homes.

The evacuation was ordered after a CN train collided with a B-Train propane truck in Swalwell, a community of little more than 100 people, 75 km northeast of Calgary.

A state of emergency was declared and the hamlet’s residents removed. Nothing from the train’s intermodal containers spilled.

“Propane vessels have been impacted as a result of the train incident. At this time we don’t know the severity of the leak, but due to the nature of the product, every precaution is being taken. Fire crews and CN Police are on scene,” Kneehill County said in a statement.

“There has been an incident involving a train within the community of Swalwell. An evacuation is in progress for residents of Swalwell. Fire Department personnel will be going door to door to ensure residents vacate.”

Residents were told to register at the Prairie Bible Institute Cafeteria in nearby Three Hills and had to stay away from their homes overnight.

By Tuesday morning Kneehill County said crews had worked through the night to remove the crashed vehicles.

“As of 3:00 a.m., the train involved in the incident was cleared from the scene. One of the impacted propane vessels has been repaired, the product has been offloaded, and is now awaiting transportation,” a spokesperson said.

“The remaining propane vessel will be uprighted this morning, and reassessed for potential risks.”

This is the sixth train derailment in Canada in recent weeks.

On March 4, a derailment near a polyester factory in Kingston, Ont. led to the evacuation of the area when one of the train cars began leaking. Many area businesses had to close as the intersection where the derailment occurred was closed for two days.

On March 5, a train carrying propane and coal near Prince George, B.C. caused the evacuation of a nearby elementary school.

The cause of the Kingston and Prince George derailments are not yet known.