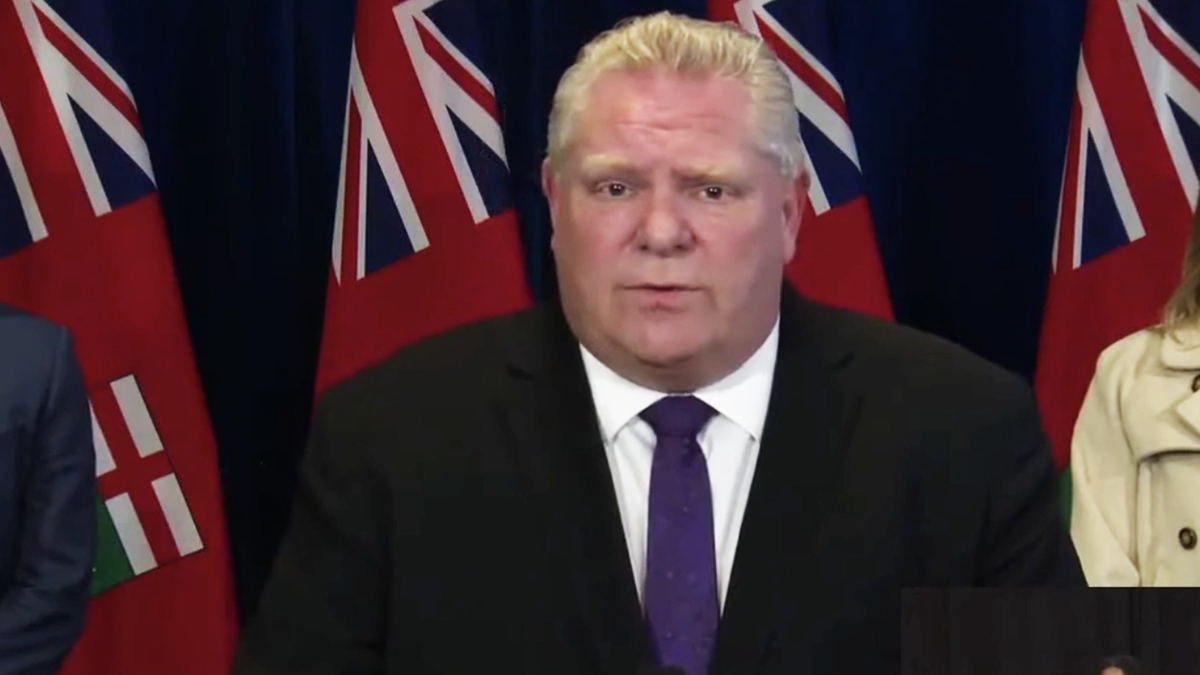 Ontario Premier Doug Ford says he does not believe in defunding the police as Toronto city council considers reducing the city’s police budget.

When asked on Tuesday, Ford said that defunding police will not keep Ontarian communities safe.

“I don’t believe in that for a second,” Ford said.

“I think we need strong police within the communities. What we do need to do is have a higher standard. We need for focus on more training.”

Calls to defund the police have quickly gained traction amongst the political left after American George Floyd died while in police custody in late May.

On Monday two Toronto city councillors announced they will put forward a motion to cut the budget of Toronto Police Service by 10%, approximately $122 million.

The motion says that funds taken from police will go to “communities are supported in ways that avoid having to have the police show up to the door in the first place,” though it’s unclear what that would look like.

In 2019 the Ontario government cut the Ontario Provincial Police’s $1.1 billion budget by $46 million. No police jobs were lost in the cut.

Last year, Toronto saw a total of 395 shootings, resulting in 549 injuries and 33 deaths in a record year for the city.

In Minneapolis, where the death of George Floyd occurred, city council recently pledged to “dismantle” their police department. The city plans on replacing the police with a “community-based public safety model.”

The four officers involved in Floyd’s death have all been charged.