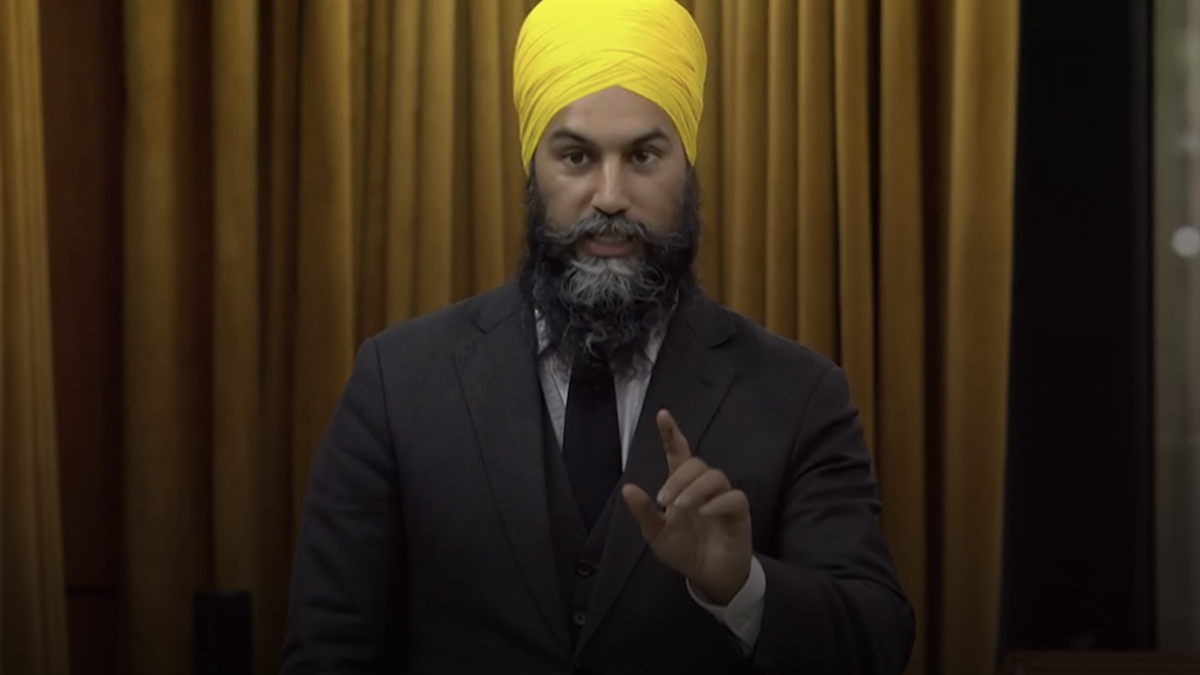 The Conservative caucus voted in favour of an NDP motion which condemned the RCMP as systemically racist.

On Wednesday Conservative Party MPs joined with most of the House of Commons to support a motion introduced by NDP Leader Jagmeet Singh which claimed that systemic racism exists in the RCMP.

“There have been consultations, and I hope if you seek it, you will find unanimous consent for the following motion, that the House recognizes that there is systemic racism in the RCMP, as several Indigenous people have died at the hands of the RCMP in recent months,” said Singh in the House.

Included in the motion was a request that MPs review the RCMP budget and release all use-of-force reports.

All Conservatives present in the House of Commons agreed with the motion. Due to coronavirus restrictions, only a limited number of MPs from each party were present.

The motion required unanimous support in order to pass. The motion ultimately failed when Bloc MP Alain Therrien voted against.

In a heated exchange, Singh called Therrien a racist. House Speaker Anthony Rota ordered Singh to leave parliament for the rest of the day after he refused to apologize.

“Anyone who votes against a motion that recognizes the systemic racism in the RCMP and that calls for basic fixes for the problem … is a racist, yes,” Singh said after leaving the House of Commons.

In a statement, the Bloc Québécois indicated that the public safety committee is currently studying systemic racism in the RCMP and that the committee should be allowed to do its work.

Earlier this month, Conservative interim leader Andrew Scheer said he opposed cutting funding to the RCMP, adding that he believes the agency needs to do more to combat systemic racism in its ranks.

RCMP Commissioner Brenda Lucki herself has claimed that systemic racism is present in the RCMP.

Criticisms of law enforcement increased dramatically after George Floyd was killed by police in Minneapolis while in police custody several weeks ago.

City councillors in Toronto have introduced a motion to cut the budget of the Toronto Police Service by 10%.

Last week the RCMP Veterans’ Association spoke out against the vilification of the force, with President Sandy P. Glenn saying politicians and Lucki are not making the public or RCMP safer.

“Making sweeping generalization statements about any group of people is always unfair and in the case of a senior executive member, singularly inappropriate and inaccurate,” Glenn said.

“Thoughtless statements from our political leaders put frontline Members of the RCMP at risk.”