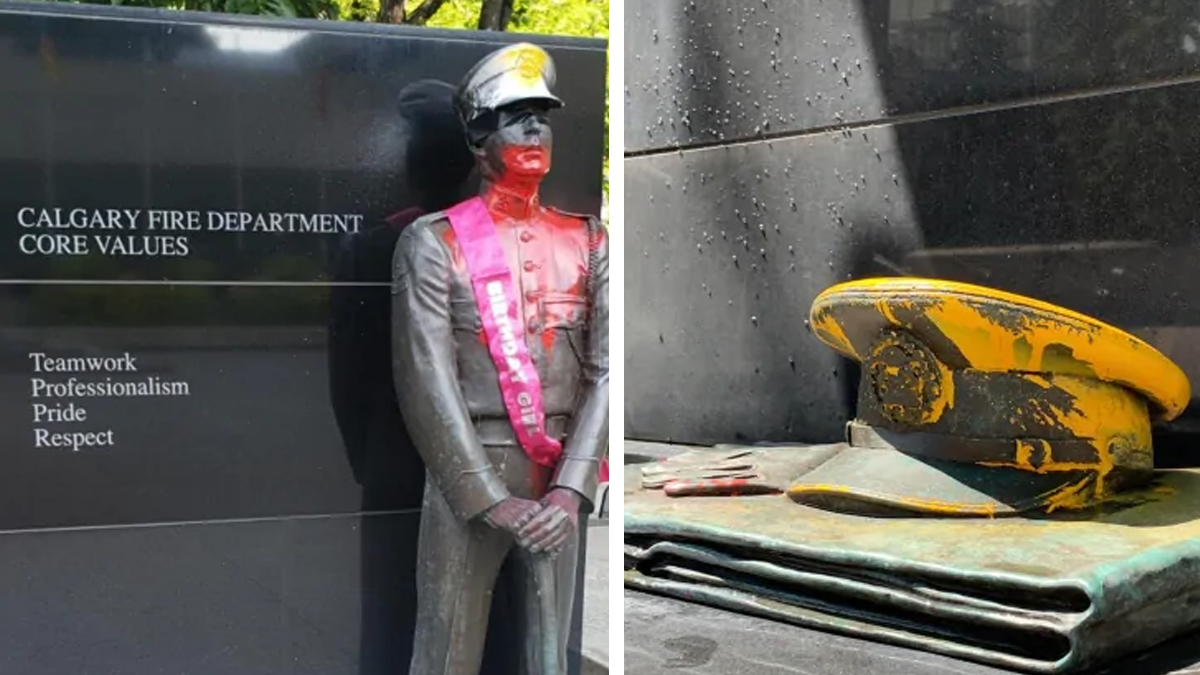 Statues honouring Calgary’s police and firefighters were vandalized on Friday.

The statues stand outside Calgary City Hall and are a memorial to police officers and firefighters lost in the line of duty.

Police say that the two statues were found Friday covered in red, white and yellow paint. The paint has been removed.

In a statement, Calgary Police condemned the vandalism, calling it inappropriate given the sentiment behind the statues.

“This memorial honours those who have given the ultimate sacrifice to protect Calgarians,” a spokeswoman told CBC.

“Those who take issue with the Calgary Police Service should do so through meaningful dialogue and not deplorable acts of vandalism.”

Calgary Police Superintendent Ryan Jepson called the vandalism disgusting, adding that an investigation has been opened.

“It’s as disgusting as it would be if a memorial site was desecrated anywhere. So, it’s unfortunate that it happened and I understand that it’s likely out of some frustration from some community members.”

Anti-law enforcement rhetoric has increased significantly in Canada and around the world since the death of American George Floyd while in police custody.

Statues have also become a target since Floyd’s death, with leftist activists vandalizing or destroying statues across the world.

Among the statues targeted in Canada include those of Sir John A. MacDonald, Pierre Elliott Trudeau and Egerton Ryerson.

Earlier this week it was learned that six statues were vandalized at a Catholic park at Sudbury.

The six statues at the Grotto of Our Lady of Lourdes, all representing scenes from the bible, had either their heads cut off or their faces removed.