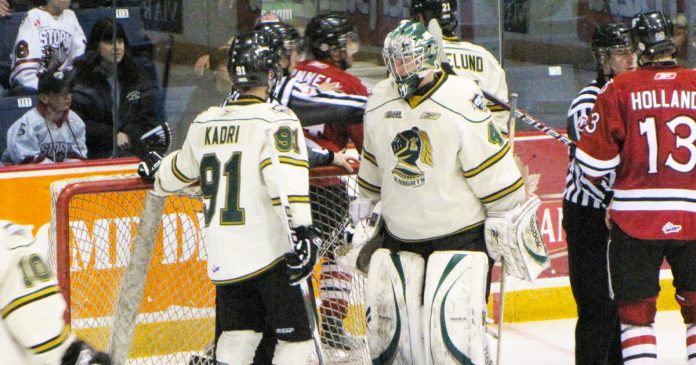 The Ontario Hockey League (OHL) has officially cancelled the 2020-2021 season after the province repeatedly rejected the group’s return to play proposals.

In a statement on Tuesday, the OHL says the current restrictions around sporting and public events in Ontario make it impossible to hold a season this year.

“We have worked tirelessly with the Province and the Chief Medical Officer of Health for the past year on different scenarios and different windows of opportunity but the reality is the conditions in Ontario have never been right to start and complete an uninterrupted, safe opportunity for players to showcase their skills,” said OHL Commissioner David Branch.

“We owe it to our players and their families to be definitive. We were committed to return and play this season, but our hopes and desires have been dashed by the cruel realities of COVID-19.”

The OHL consists of 17 teams in Ontario and is one of the three major junior hockey leagues. The OHL is the number one provider of talent to the National Hockey League, with 20% of the NHL Draft coming from the OHL.

The Ontario government has rejected multiple proposals from the OHL to return to play. Several weeks ago, the two sides reached an agreement which featured a shortened season with fewer venues.

“Ontario has the strongest health restrictions of any jurisdiction in North America and we understood that this would make a return to play scenario extremely difficult,” Branch said.

Earlier this week Ontario Soccer called on the province to reverse the ban on outdoor sports announced last week, citing a low risk of transmission.