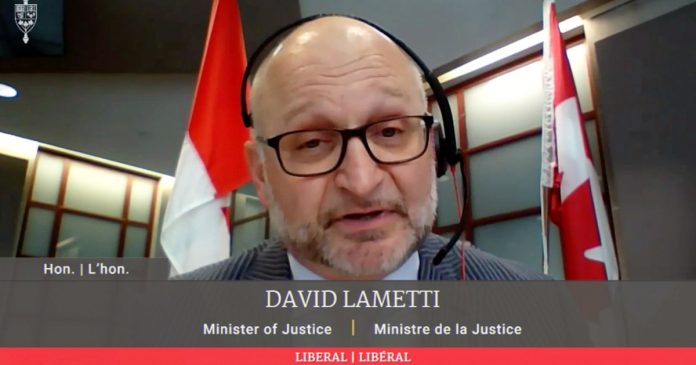 Justice Minister David Lametti is reminding members of parliament that constitutional rights and freedoms can be limited.

During an appearance before the House of Commons heritage committee during its hearings on internet regulation bill C-10, Lametti emphasized there are “legitimate” ways in which legislation can infringe the Charter of Rights and Freedoms, including freedom of expression.

“When Parliament legislates it may affect Charter rights and freedoms. This may include limiting their enjoyment or exercise when it is in the broader public interest to do so,” Lametti said.

“This is entirely legitimate. The rights and freedoms guaranteed in the Charter are not absolute but rather subject to reasonable limits so long as those limits can be demonstrably justified.”

Lametti noted that any law which might limit Charter rights must be judged carefully to see if the limits are for the public good.

If passed, Bill C-10 would radically change how the internet is used in Canada. A decision by the Liberals to scrap an amendment which protected user-generated content from CRTC regulation sparked national outrage over free speech concerns.

The bill has been heavily criticized by the former heads of the Canadian Radio Television and Telecommunications Commission (CRTC) and other experts for potential limits to free speech.

On Tuesday, Bloc Québécois Leader Yves-François Blanchet suggested his party will support Bill C-10 and even shorten debate to push it through more quickly.