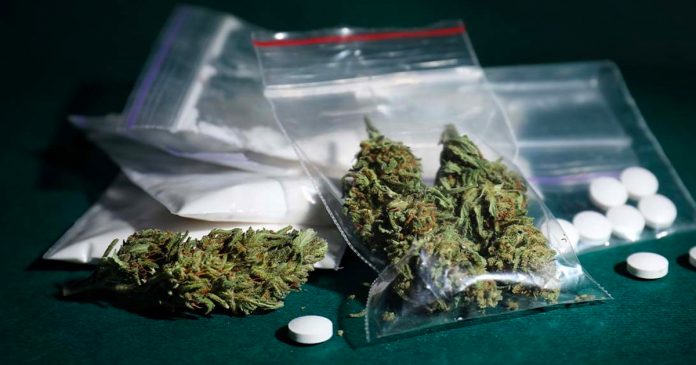 The use of fentanyl, cannabis and methamphetamines spiked across Canada during the early stages of the pandemic, according to a government report.

Statistics Canada’s Canadian Wastewater Survey found that the increase in drug use is a contributor to the spike in overdose deaths last year.

In its report, government researchers analyzed the chemicals in wastewater in Halifax, Montreal, Toronto, Edmonton and Vancouver.

The report found that Vancouver had a per-capita load of fentanyl four times higher than any other city in the report. Edmonton saw the highest per-capita loads of Methamphetamines. Detectable cannabis was the highest in Halifax.

Increased isolation, poverty and a lack of social services caused by lockdowns led to a sharp increase in overdoses. Multiple provinces reported an alarming number of overdose-related deaths in 2020.

In Alberta, a record number of 95 young people under the age of 25 died from accidental opioid overdoses in 2020.

In Ontario, deadly opioid overdoses were up 75% following the COVID-19 pandemic in 2020 when compared to deaths the year prior. 2,050 people died of opioid overdoses between March and December 2020.

In the six months after the pandemic began, British Columbia recorded more overdose deaths than deaths from homicide, car accidents, suicide or the coronavirus combined.

Canadians have been victims of some of the strictest public health orders in the world, rivalling communist countries like China and Cuba. A number of government reports have led Canadians to question how effective lockdowns are.

A Statistics Canada report revealed that more Canadians under the age of 65 died from the “indirect consequences” of the pandemic than the COVID-19 virus itself.

Statistics Canada also reported that most of the people who died from COVID-19 in Canada were over the age of 85 and had dementia, Alzheimer’s, chronic heart disease or other pre-existing “cardiovascular and respiratory conditions.”