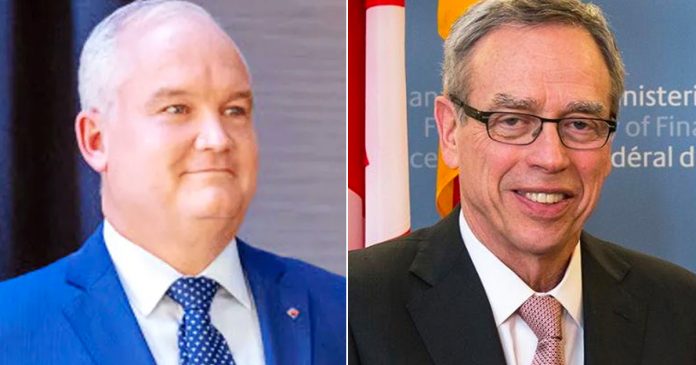 The op-ed comes at a time when the Conservative party is gearing up for a showdown over whether O’Toole should stay on as party leader despite his abysmal performance.

“The sad evidence is that O’Toole’s move to the centre did not attract new voters, yet it alienated the right-wing and yielded ground to Maxime Bernier’s People’s party,” wrote Oliver.

“There is an economic and cultural route to broaden the appeal of Conservative values and policies: bring the public to you, rather than mimic the left-wing’s latest faddish ideals and retreaded socialist truths. That is what leadership is all about.”

As observed by True North founder Candice Malcolm, the legacy media has been coming out in support of O’Toole’s liberal-lite brand after he lost the election and handed Prime Minister Justin Trudeau another minority government.

In his op-ed, Oliver echoed these remarks noting how both progressives within the party and the media constantly try to push the Conservatives leftwards.

“Every progressive, and most of the mainstream commentariat, endlessly proclaim that the only road to victory for Conservatives is to embrace the values and policies of the centre-left,” wrote Oliver.

“These priorities run counter to conservative values, and they are not the issues that fire up the Conservative base or persuade swing voters, who have plenty of big government, environmental alarmist parties to choose from.”

Several prominent Conservatives have criticized O’Toole for failing to win what some have described as a “winnable election.”

Most recently, Conservative MP Chris Warkentin told reporters that flip-flopping on key positions such as gun control cost the Conservatives the election.

“It was when our party leader started to waffle on some of the policies that we had brought forward and hadn’t been clear that I believe that Canadians became uncertain and unwilling to continue to look to our party as an alternative,” Warkentin told Town & Country news.

“I believe that that was the beginning of polls shifting back in favour of the Liberals.”

As reported by True North, prior to election day O’Toole walked back on promises such as defunding the CBC, letting members vote freely and the carbon tax, among others.