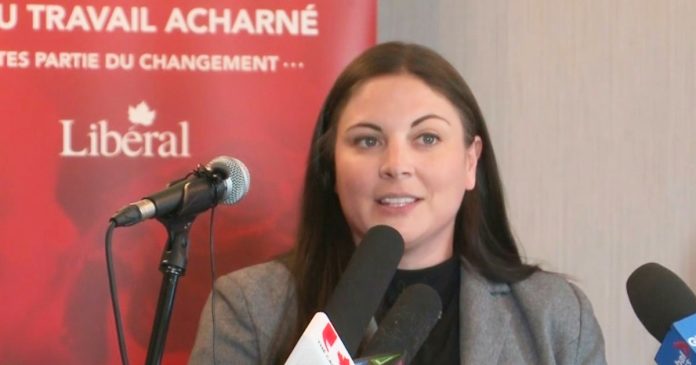 Liberal MP Jenica Atwin said in the House of Commons on Wednesday that Canadian kids need to study “critical race theory” upon returning to school.

Atwin made the comments during a debate responding to the throne speech.

“I want Canadian kids to feel good about going back to school and about planning their futures,” Atwin said.” We need them to study engineering, science, sustainable agriculture and critical race theory. We need them to embrace their role in the transition that is under way. I want them to trust in their government and feel comfort in our demonstrated actions.”

Critical race theory is a controversial ideological lens that originated in US legal scholarship. It sees institutions as systemically racist and seeks to dismantle hierarchies that its advocates claim are based on white supremacy.

The controversy has found renewed attention after several US states moved to ban critical race theory from being taught to kids in public schools. Concerned parents accused the practice of being a veiled form of racism.

As exclusively reported by True North, critical race theory has increasingly become a phenomenon in Canadian schools all the way from the elementary level to post-secondary schools.

“Analysis and discussion are framed by Critical Race Theory, Indigenous scholarship, among other anti-oppressive theoretical frameworks and by scholarly literature on academic racial climate,” the authors wrote.

True North columnist Sue-Ann Levy says, “school boards in the GTA, many run by woke activists, are already trying to indoctrinate kids as young as kindergarten with this very dangerous CRT philosophy, which is divisive and racist in its selectivity.”

“It would be far more beneficial to students if school boards stuck to their mission of teaching kids the basics to survive in the world and respect for all no matter race, creed, sexuality or disability,” says Levy.

Levy has also recently written on the issue of critical race theory at the Ontario College of Teachers.

This is not the first time Atwin has made controversial far-left comments. As exclusively reported by True North in December 2020, Atwin tweeted that “harmful and oppressive” words should be erased from use in the English language.

She also got herself into hot water in May when she called Israel an apartheid state and characterized Israel as engaging in “human rights abuses” against Gaza during that month’s Mideast conflict. She was later forced to apologize.

Prior to being elected as a Liberal MP in the 2021 federal election, Atwin had crossed the floor to the Liberals from the Green Party.