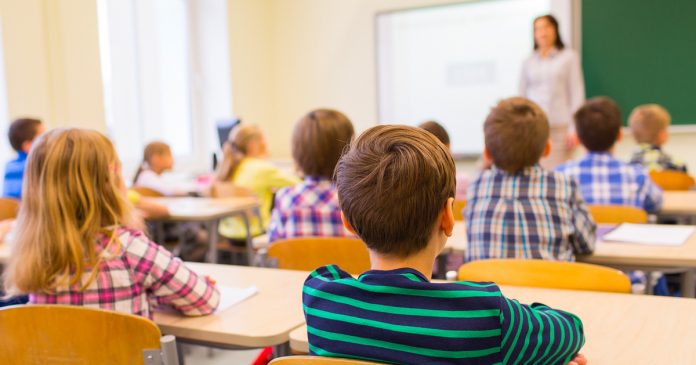 A new bill likely to be passed by Ontario’s legislature is seeking to enshrine critical race theory and its associated beliefs and practices in law.

Bill 67, otherwise known as the Racial Equity in the Education System Act, was first proposed by NDP MPP Laura Mae Lindo in 2021.

Much of the law has to do with assigning school boards the responsibility of spreading anti-racist ideals. Concepts such as anti-racism, decolonization and critical race theory are in vogue among the progressivist left, but they serve a much darker ideological purpose.

Critics including Florida governor Ron DeSantis have accused critical race theory of being a form of race essentialism – the idea that your character and value is determined by your skin colour or ethnicity. Critical race theory has also been called a thinly veiled form of racism by US journalist Christopher F. Rufo.

Meanwhile, proponents of critical race theory in Canada hold the belief that treating everybody equally is actually racist, and one must actively work to rid oneself and others of inherent racism. In an institutional form, anti-racist measures include race-based hiring, teaching children that they have white privilege and mandatory re-education sessions.

At its core, Bill 67 would amend the Education Act and five other laws.

As a piece of legislation, the bill is vaguely worded and leaves a lot of room for interpretation, which could easily translate to an abuse of process. For example, it defines racism as “the use of socially constructed ideas of race to justify or support, whether consciously or subconsciously, the notion that one race is superior to another.”

Those who are found to be guilty of committing the above in the classroom could face a fine of up to $200, not to mention the social and reputational repercussions that come with such a charge.

“Every person who disrupts or attempts to disrupt the proceedings of a school or class through the use of racist language or by engaging in racist activities is guilty of an offence and on conviction is liable to a fine of not more than $200,” the bill reads.

In effect, the bill allows the government to punish “subconscious” racism and police thought. Instead of basing the definition of racism on discriminatory or hateful actions, the law relies on “socially constructed ideas” –  a novel definition not found in reputable dictionaries or existing institutions including the Ontario Human Rights Commission.

The law also legislates mandatory training where teachers and administrators will be forced to be reprogrammed and purged of all of their supposedly racist biases and thoughts. Just to become a teacher in Ontario, one would have to partake in “prescribed examinations and training in anti-racism in order to be issued a certificate of qualification and registration.”

Government funding for education would also be tied to whether or not an institution mandates this form of re-education.

In reality, many of these training practices are already in place. Many school boards already require teachers to undergo anti-racism training and have anti-racist and equity committees built into their structures.

Parents are rightly concerned about the impacts such legislation will have on their children’s education and worldview, commentators including Barbara Kay have noted.

“The result of Bill 67 will be to divide students by encouraging grievance and resentment in designated victim groups and by compelling guilt in white students. White students will be too nervous to enter any discussion that comes near race or gender or indigenous matters with anything approaching frankness or even curiosity,” writes Kay.

World-renowned author and psychologist Dr. Jordan B. Peterson is also among those who have raised alarm bells about Bill 67’s implications. Peterson recently said that if legislated, the law “threatens the integrity of all the systems that will educate all the young people in Ontario for decades to come.”

“A warning to citizens of Ontario and Canada: Bill 67, which purports to be nothing but an ‘anti-racist’ bill, is in fact the most pernicious and dangerous piece of legislation that any Canadian government has attempted to put forward,” said Peterson.

The bill is currently being read in the legislature and has been ordered to be considered by the Standing Committee on Social Policy.