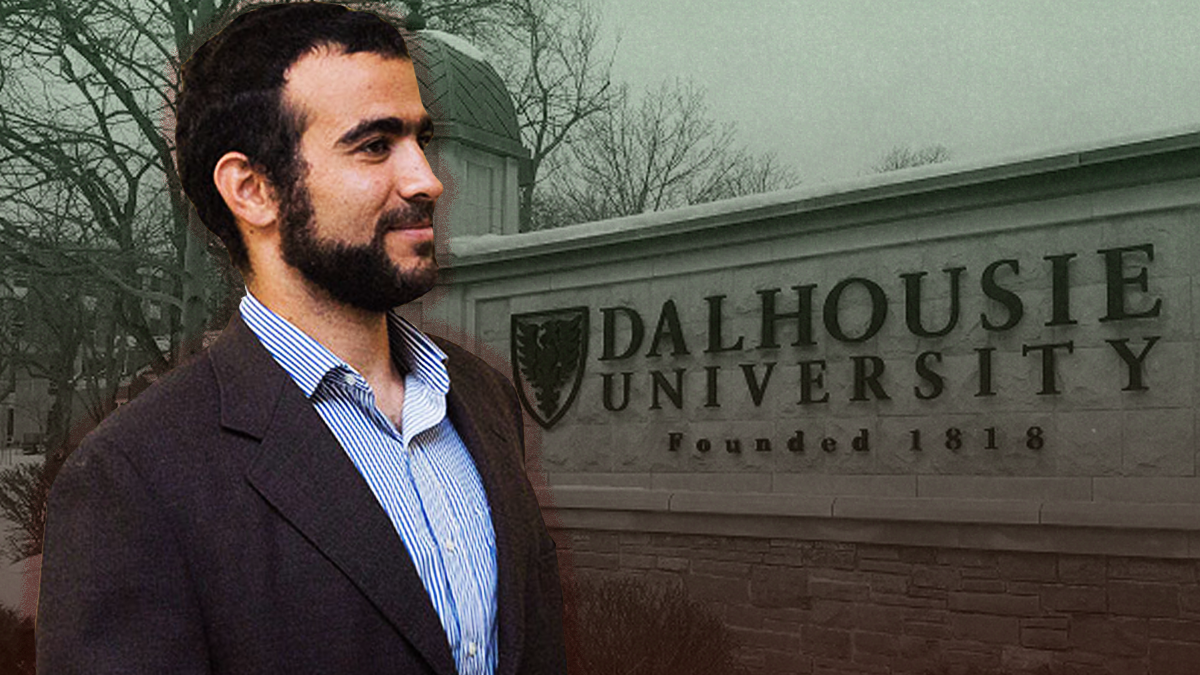 True North’s Andrew Lawton was on-site to cover the event.

As attendees entered the Rebecca Cohn Auditorium dozens of veterans were outside the venue protesting peacefully.

There was a delegation of high school students in attendance, who were acknowledged by a Dalhousie dean who was emceeing the evening.

Khadr was presented as a former “child soldier,” with no debate or discussion about whether that term accurately describes his past.

In 2002 Khadr, then 15, killed American Sgt. Christopher Speer with a grenade while fighting for al-Qaeda in Afghanistan. Khadr spent ten years in Guantanamo Bay before being repatriated to Canada.

While audience members could submit questions through an app, there were limitations on what could be asked.

Questions about “the incident that happened in Afghanistan” were off-limits, moderator Shelly Whitman said. Questions about Khadr’s $10.5 million settlement from the federal government were also not allowed.

Despite the fact that Khadr confessed, the Dalhousie event’s moderator said only that Khadr “allegedly” threw the grenade that killed Speer.

“We want you to ask hard questions,” Whitman said.

Questions posed to Khadr included how he likes living in Edmonton and how he is dealing with the cold in Halifax.

One question was about Khadr how he handled life in Guantanamo Bay. He responded by talking about his faith.

Khadr added that the fan mail he received while in prison was helpful.

Khadr received a standing ovation at the end.

Despite now living as a free man and a multi-millionaire in Canada, Khadr is currently attempting to appeal his conviction for Speer’s murder in a US military court.

Speer’s family has won a US$134 million judgment from Khar in a wrongful death case in Utah, though Khadr has not paid. He has so far refused to answer their lawyers’ questions.