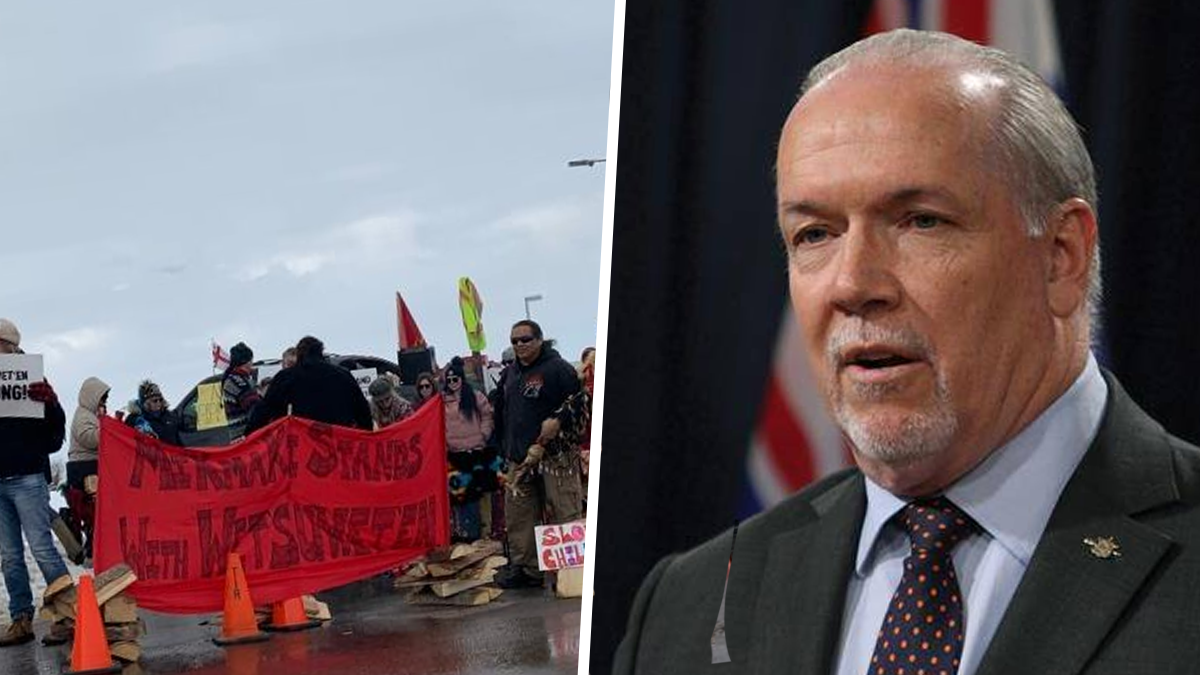 BC Premier John Horgan has said that cancelling the province’s LNG pipeline project is “not an option.”

The pipeline, which has passed through all proper regulatory hurdles, is at the centre of a national crisis. All across Canada, activists have blockaded railways, threatening to cripple Canada’s economy.

The nationwide protests were sparked by five hereditary Wet’suwet’en chiefs who oppose the pipeline.

Horgan told the chiefs that he is open to meet and discuss the issues at hand but he would not budge on the pipeline’s construction.

“I have no shortage of other [First] Nations, first of all, within B.C. that have exciting opportunities. And they want to work with the province, and the federal government, and their local communities to find the prosperity that we all want for ourselves and our neighbours,” said Horgan.

Despite the small number of chiefs who oppose the project, First Nations groups along the pipeline’s route overwhelmingly support it, including 20 elected First Nations bands who want to see its construction completed.

In the last week, protesters blockaded the BC Legislature, prompting an investigation by Victoria Police into alleged assaults on government staff trying to get into the building.

Horgan’s own home was blockaded after Extinction Rebellion radicals tried to “arrest” the premier.

By the time the protesters arrived, Horgan had already left his residence but was prompted to return due to concerns over his wife’s safety.

In response, the police arrested three activists from the group.