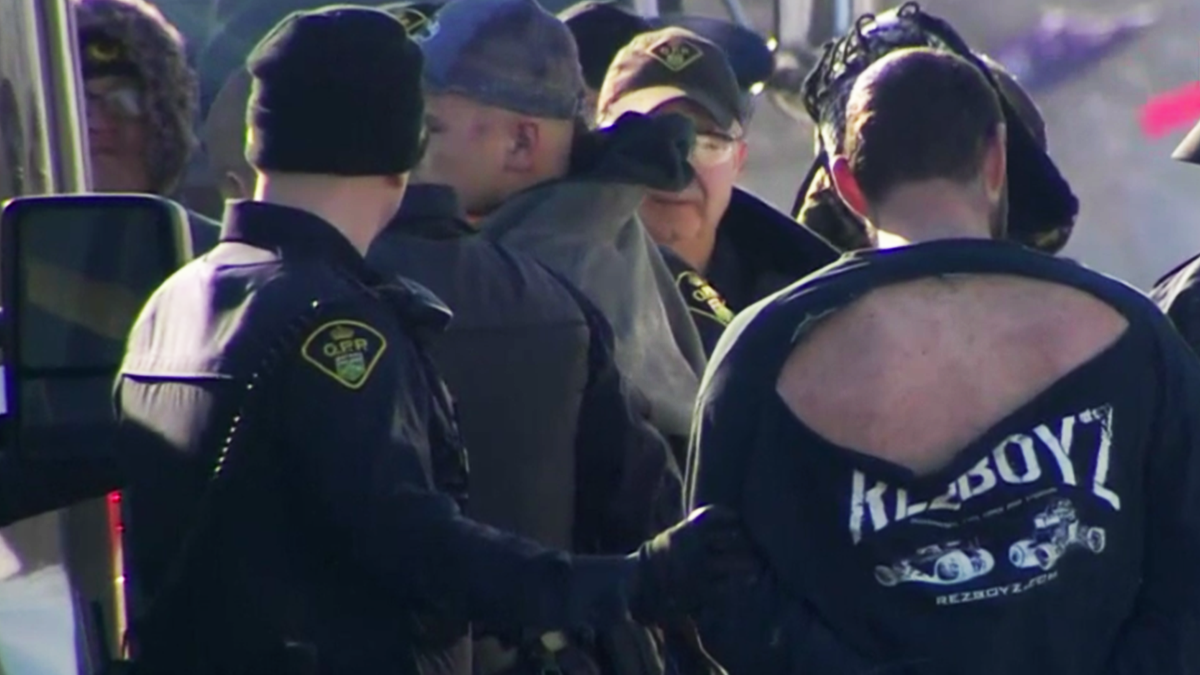 Ontario Provincial Police (OPP) have moved to break up a rail blockade near Belleville.

On Monday morning, a large number of officers and vehicles arrived near the rail blockade in Tyendinaga, Ont. after protesters ignored the midnight deadline to abandon their blockade.

Several protesters were taken away in handcuffs by police.

Protesters have been blocking rails since Feb. 9, effectively cutting off rail travel between Ontario and Quebec.

In a statement, the OPP says they have been regularly meeting with protest leaders to try to find a peaceful resolution, but to no avail.

“Unfortunately, all avenues to successfully negotiate a peaceful resolution have been exhausted and a valid court injunction remains in effect,” the statement said.

“Enforcement of the injunction may include arrest of those who choose not to comply, however, use of force remains a last resort.”

The protesters blockading railways across Canada are acting in solidarity with the handful of Wet’suwet’en hereditary chiefs who oppose the Coastal GasLink LNG pipeline being constructed on their traditional territory. All elected chiefs and most hereditary Wet’suwet’en chiefs approve of the pipeline project.

The blockades forced Via Rail and CN Rail to lay off 1,500 staff across Canada, and have led to shortages of crucial products like propane in many parts of Canada.

Prime Minister Justin Trudeau and several premiers have called for the blockades to be removed.

This story will be updated as more information becomes available.